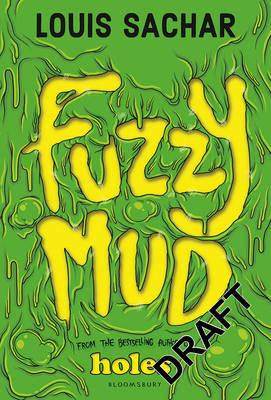 Every school day, Tamaya Dhilwaddi and Marshall Walsh walk to and from Woodridge Academy: it’s a long walk because they have to circle around rather than go through the woods. In the early stages of the book, their problems are school yard politics and, in Marshall’s case, staying away from bully Chad Hilligas. However, this all changes when the three of them, for different reasons, end up in the woods facing the terrifying dangers of fuzzy mud – a mutated organism can multiply and cause horrible injuries.

Fuzzy Mud is an environmental cautionary tale with a well built up feeling of horror, although not so horrifying, as to terrify the nine to 13 year olds this book is aimed at. It is also a great way of introducing scientific concepts to children and terminology such as bacteria, microscopic, single cells, mutation, cell division and DNA which are woven throughout the book. I’m sure I would have enjoyed and understood science much better if I could have read books like Fuzzy Mud when I was at school. I certainly would have understood mutation more clearly.

I really enjoyed Fuzzy Mud. The characters are sympathetically portrayed, particularly the very brave Tamaya and the deeply unhappy Chad. The scientists are very arrogant, which makes them amusing when they attempt to justify their opinions and decision making.  And the moral of the story is an important one: that the combination of politics, science, arrogance and secrecy is never a good thing.

Teaching Notes can be found at tes.com.