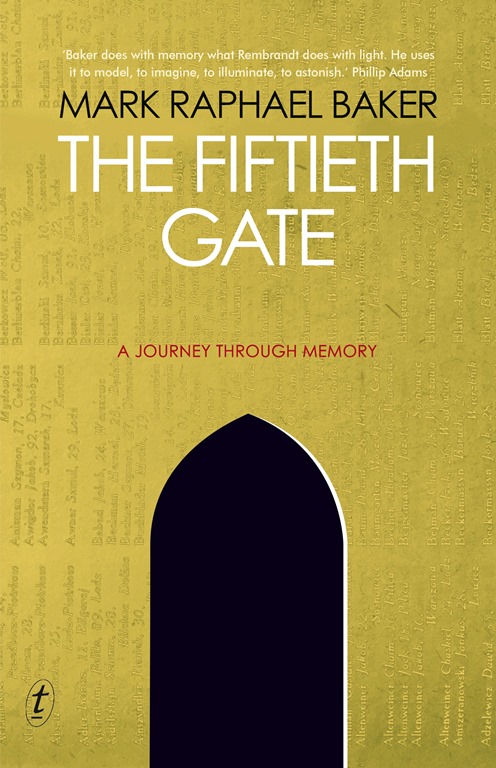 It is twenty years since The Fiftieth Gate was first published, so Baker has written a new introduction to it. It has been used in schools as an introductory text for students to grasp some understanding of the experience of the Holocaust.

Baker is an Australian son of two parents who suffered for being Jewish in Poland – his father, Yossi, was an inmate of Birkenau, his mother, Genia, was a small child in hiding and living in fear. Baker recounts their experiences through talking to them, and by taking them through the places where their young lives were lived out.  He knows how terrible it must have been and understands that they want to forget it, but he also realises that for him to know them as parents, and as people, he must discover more. Both Genia and Yossi are very reluctant to talk about what it was like to see the horror, to lose their families, so that Mark must probe until he and they are uncomfortable. Who can expect otherwise? No one would want to relive that. But their stories must be told, and Baker’s calm and compassionate voice enables us to enter his parent’s world a little way.

Baker writes with tenderness, but with a determination to discover the whole truth. His research is impeccable and, despite the terrible subject, the journey taken is gripping.