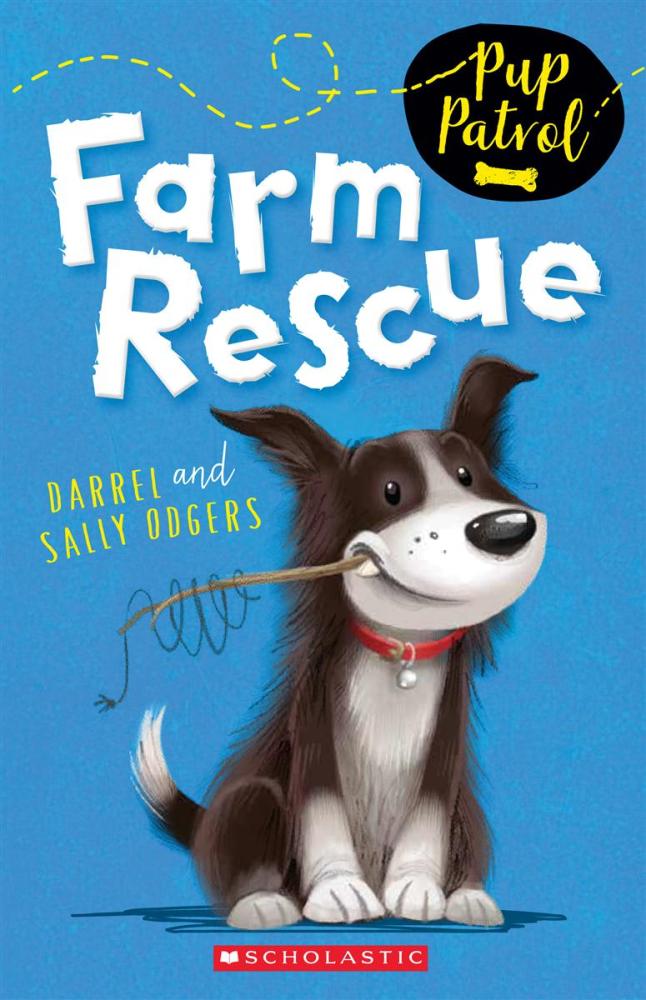 Barnaby Station Stamp of Approval, Stamp for short, is inquisitive, polite, loyal, and eager to learn. He’s also a dog—a working border collie. Stamp is on a camping trip with his master, James Barnaby, when heavy rain starts to fall and the travellers are forced to take shelter with a farming family. The rain causes flooding in the nearby river, and several rescues—of humans and animals—ensue.

Farm Rescue is packed with drama, adventure and humour. Along the way, it reveals some of the hardships and challenges of farming life. Janine Dawson’s illustrations convey a sense of movement and activity, and add to the unfolding drama.

Bolded words in the text reappear in ‘Stamps Glossary’ at the end of each chapter. The glossaries provide definitions for potentially unfamiliar words such as ‘causeway’, ‘apprentice’ and ‘bailing twine’, and they explain Stamp’s dog language—words like ‘neutral pawsition’ and ‘pawsimistic’. The glossaries, usually arranged in alphabetical order, are both humorous and helpful for newly independent readers. Some further additions (e.g. definitions for the dog breed abbreviations ‘foxie’ and ‘doxie’) would add even more value. There are also general information pages on interpreting dog behaviour.

Farm Rescue’s spotlight on people and place lends itself to inclusion in Foundation, Year 1 and Year 2 Geography studies, and the story also relates to the cross-curriculum area of Sustainability. Without being didactic, it exposes urban-based children to aspects of rural life. Further titles in the Pup Patrol series should continue that subtle education.