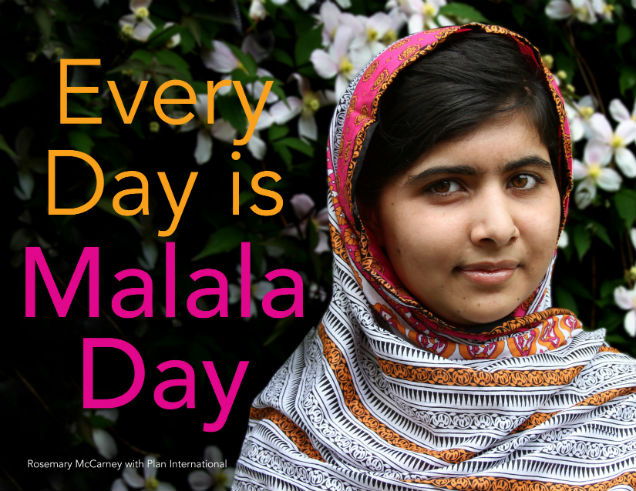 Malala Yousafzai was shot in the head by a member of the Taliban as she made her way to school in Pakistan, 2012.  The story of that event, Malala’s recovery, and her valiant advocacy for the rights of girls and boys around the world, has been widely broadcast.  The book, written as a letter to Malala, is a powerful message of affirmation.  Based on a short film from Plan International depicting girls thanking Malala, the book has full page photographs of girls in their own contexts – at school and at home, in terrible situations and some speaking up.  At the end of the book, part of Malala’s extraordinary 2013 United Nations’ Youth Assembly speech is reproduced, emphasising the rights of girls and boys, in particular the right to education.  This book could generate many discussions about how children live in various countries around the world, and the voice that Malala has given to them.  Highly recommended.