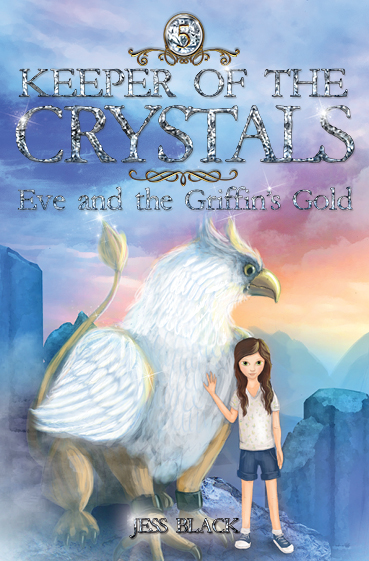 In this fifth instalment of Keeper of the Crystals, Eve and her friend Oscar are called to Dracburn where griffins are being menaced by one-eyed miners who covet gold above all else.  Eve has a special gift, she is a crystal keeper, able to transport to different worlds to help mythical animals that are in trouble. She also has a kindred animal, a dragon named Ingvar with whom she can communicate and only some people in the human world can see.

The concept of this series is great and Eve is a bold, clever and adventurous character. The idea of helping mythical animals in trouble will appeal to children, as will having a kindred animal.  However, the plot does let this one down. There were a few contradictions (at first Ingvar couldn’t land in the trees because the foliage was too dense, but moments later she flew down amongst them to help Eve) and then there was a change of plan for no apparent reason. Destroying the bad guys in a ball of fire was maybe not the best solution to the problem, but no doubt some kids will love it.

Despite these problems, Eve and the Griffin’s Gold is a solid, good-versus-evil, adventure-fantasy that should be enjoyed by kids aged between six and nine.