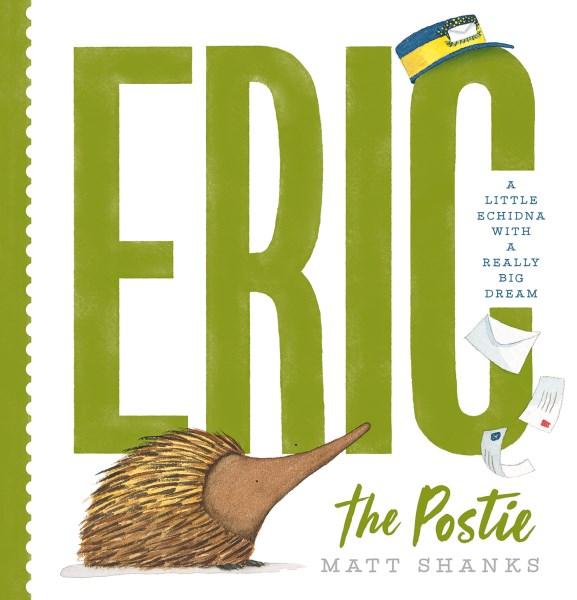 Eric is not your stereotypical postie. In fact, he’s not a postie at all – he’s an echidna with a dream. Like his ancestors before him, Eric wishes to achieve greatness. He wants to be the best postie the small outback town of Wattleford has ever seen. Unfortunately, there are two problems standing in Eric’s way. First, the post office has a ‘No Animals’ policy. Second, Eric doesn’t have any mail to deliver. Will Eric let such challenges stop him from achieving his dream? Not likely. Eric is a tenacious echidna who soon devises a clever strategy to make his dream a reality.

Matt Shanks’ beautiful illustrations are in his trademark pencil and watercolour style. The warmth in his images bring Eric and the community of Wattleford to life. His use of white space subtly helps the reader understand Eric’s single-minded determination to overcome any and all obstacles.

Miss Six and I found Eric the Postie to be a charming story. She particularly liked the humorous methods Eric devises to deal with usual postie problems, such as unfriendly dogs and pests in the mailbox. Eric’s spirit and optimistic outlook endeared him to us.

The tale of Eric the Postie, a little echidna with a big dream, is recommended for children aged 3 to 7.

Teacher resources can be found on the Scholastic website.