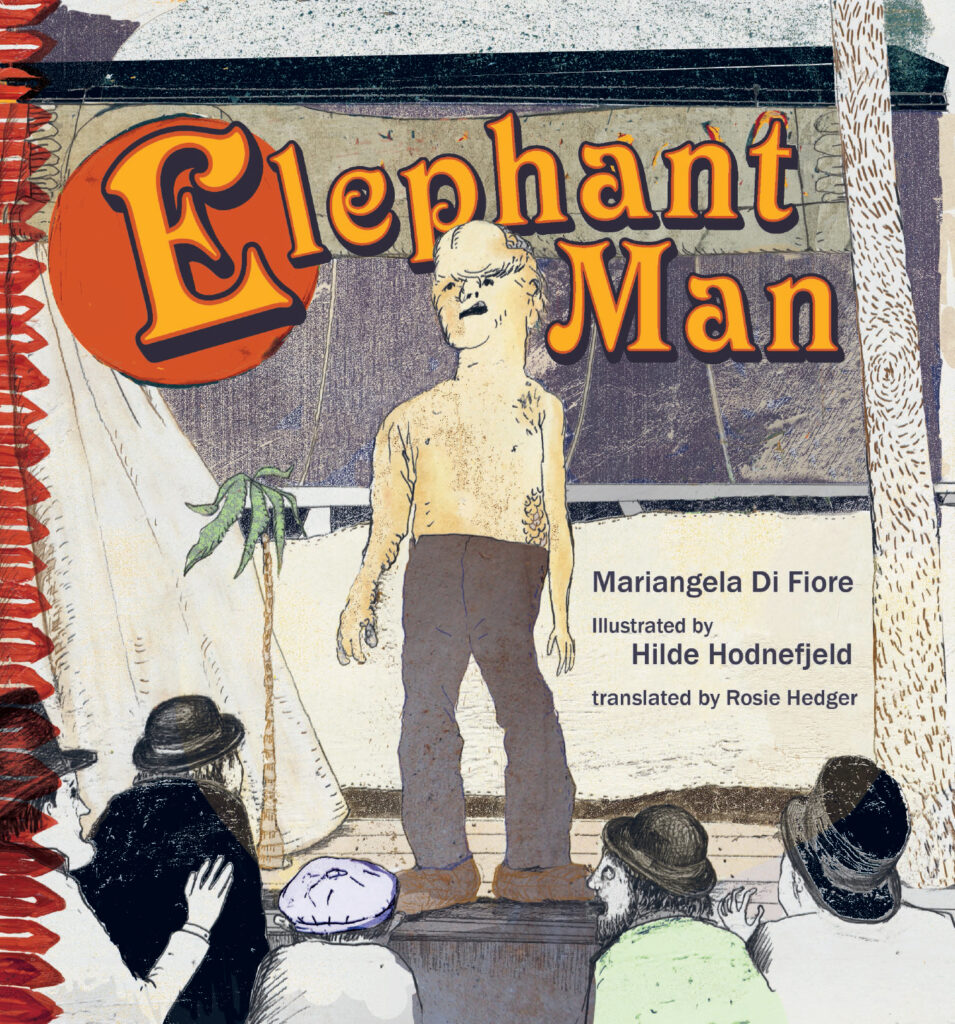 This book was originally published in Norway in 2013 and has been translated into English for the British and Australian markets. It tells the story of Joseph Merrick, the 19th century man who was exhibited as a ‘freak’ in a London theatre and later lived at the Royal London Hospital until his death at the age of 27 in 1890.

His story was made into a movie starring Anthony Hopkins and John Hurt in 1980 and he has been written about in several books but this is the first time his story has been told for children. The author has drawn on accounts by people who knew him but has also fictionalised the story by imagining thoughts and conversations.

The award-winning illustrator has used a combination of drawing and photomontage to portray Joseph and the historical setting in which he lived. Photos at the back of the book show photos of him, his skeleton (which is preserved at the hospital), a letter written by him and some of his possessions.

Medical opinion about the cause of his grotesque physique is not firmly established but this book shows that outward appearance is not a measure of the worth of an individual. As the saying goes, “Never judge a book by its cover.”