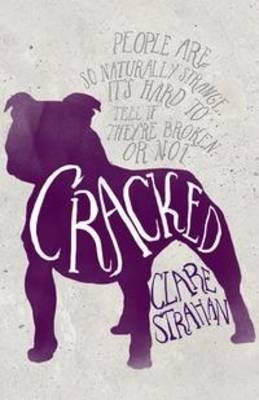 Clover Jones narrates this delightful work of fiction.  She is fifteen, smart, a reader who is going steadily through the favourite novels of her mother’s youth, and just awakening to the way romance can enter into the experience of friendship.  She has a foul mouth and a strong temper when she feels her rights are being trampled on or her dignity is not being respected.  Clover cannot decide whether she is a follower of the Jocks brigade (Rob, a major attraction) or the BMX crew who tolerate her despite her inability to ride a bike because her best friend is Philip McKenzie, or Keek, as he is known.  Clover lives with her mother and their rapidly aging dog.  Her mother has banned Facebook and television, so of course Clover experiments with alcohol, dope, kissing and, most interestingly, graffiti art.  It is not unusual for Clover to find herself suspended from School or being picked up from the local police station as she negotiates the social, ethical, sexual, chemical and educational challenges that face many fifteen to sixteen year olds.  We just know, as we grow to like and care about Clover that she will find a way through this semi-chaotic world of people who are broken in one way or another.  There are so many strands to this novel that inevitably some are left unresolved at the end, though perhaps this is an indication that there is another novel in Clover’s experiences and reflections upon modern rites of passage.  A well judged novel of intelligence, feeling, subtlety and occasional gasping thrills.  12 to 16 years old.