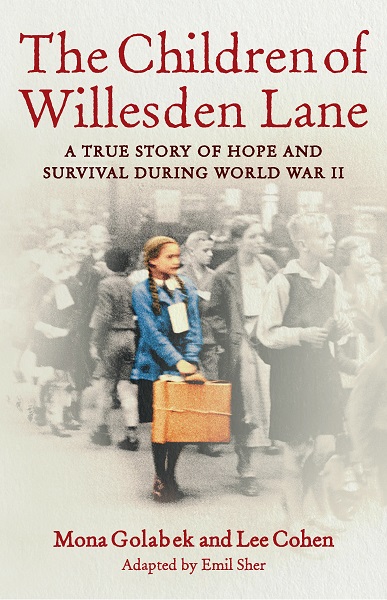 For a long time the only book for younger readers about World War II and the Holocaust was The Diary of Anne Frank, but in recent years there has been a growing body of work around this important topic. The Children of Willesden Lane is an important addition. It tells a lesser known story: that of the nearly 10,000 German children (mostly Jewish) who were successfully evacuated to England on the Kindertransport prior to the declaration of war.  As the book explains at the end, many of these children ended up being the sole survivors of their families.

At the heart of the story is Lisa Jura, whose musical abilities and dream of becoming a concert pianist carry her through the difficulties of relocation, ongoing fear for her parent’s safety, and the trauma and privations of war-torn Britain. The story begins in Vienna in 1938, prior to the Nazi invasion of Austria, when life for the young pianist is fairly normal. Following their experience of Kristallnacht, Lisa’s family make the heart-rending decision to evacuate one of their three daughters (they can only afford one place on the train). Following her arrival in England, Lisa is placed in a hostel for refugee children at Willesden Lane. Lisa takes a job in a garment factory, but is driven by her mother’s parting wish that she hold on to her music and ultimately wins a scholarship to attend the Royal Academy of Music. Her dream and talent sustain not only Lisa, but the other refugee children who live with her at the hostel. Her achievements lift them all.

Based on the life experiences of the author, Mona Golabek’s, mother, the book is uplifting without over-sentimentalising, but also deals sensitively with some of the darker experiences of life for Jewish refugees from Germany, including discrimination. We get to know the other children with whom Lisa lives, and watch them grow up as the story moves forward through the war years. Some are injured or killed when they enlist in the war, whilst one is injured in a bomb attack. Lisa’s parents do not survive Hitler’s concentration camps. Lisa goes on to become a concert pianist and, as is noted in the epilogue, a music teacher to generations of children, as well as establishing the Hold onto Your Music Foundation, which is still active in the United States as a not-for-profit education service.

The end of the book contains an interview with Golabek about her mother, a timeline of the Holocaust, a brief glossary of events and places, and some study questions and additional website resources. There are also photos of Lisa and her family.

Beautifully written, with lyrical descriptions of Lisa’s music, this is a moving story as well as a rich resource for teaching about the Holocaust and the events in Britain during World War II.