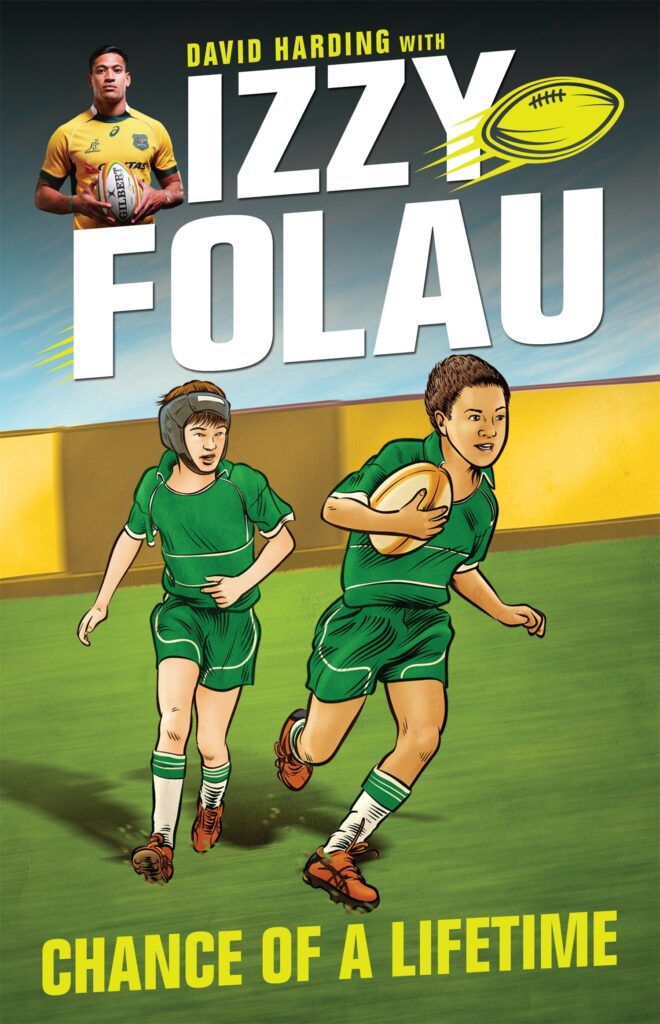 I recently signed up as a Reading Time reviewer.  I admit to feeling a little disappointed on seeing the illustration of rugby players on the covers of my first books to review, because rugby is a subject I am ignorant of and disinterested in.  Nonetheless, I was pleased to discover that there is more depth to the books than just a recount of rugby games, strategies and manoeuvres.

In the first book, Chance of a Lifetime, the reader is introduced to Sione and Daniel who have been picked for a rep team to play at the State Championships.   Before the Championships the team will go on a two week tour to train, play against others teams and build team rapport.  But, best of all, the very popular Wallaby player,  Izzy Folau,  is to be their coach.

It sounds like a dream come true for these two keen and talented young rugby players, of upper primary school age.  However, Sione and Daniel face some difficulties as they work out how to get along with the other team members and overcome their fears, jealousies, disappointments and homesickness so that they can be effective team players and enjoy the tour.  The reader gets to know and empathise with the boys as their inner thoughts and emotions are described in a believable and genuine way. There are common life challenges to which young readers, and indeed this middle aged woman reviewer, can relate.

In the second book, Reality Check, we find the team on the Gold Coast for the first leg of their tour. The team visits some Gold Coast attractions and plays against two formidable rugby teams.   In this second book there is plenty of rugby action.  Sione and Daniel’s friendship develops and under Izzy’s wise, tactful and supportive counsel they learn some valuable lessons about team work and improve their rugby skills.

Another two books in the series, Destination Unknown and Standing Tall, were released in September 2015.

With plenty of dialogue and few complex sentences or challenging words, this series should be a manageable read for below average readers in Yr 5/6, which is the age of the characters.  This is another series to encourage reluctant boy readers to read, especially if they are fans of football and rugby.