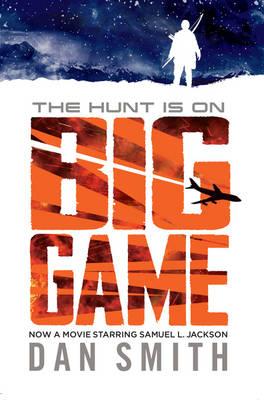 On the eve of his 13th birthday, Oskari is sent into the Finnish wilderness to mark the beginning of his adulthood by hunting big game. Oskari is a weakling underdog and can’t even pull the sacred hunting bow back far enough for it to send a true and straight arrow. Even his father fears that the forest will not give Oskari anything and plants a dead buck’s head for Oskari to find. Within hours of his departure, though, Oskari finds himself involved in a plot to kidnap the American president and becomes the game in a big hunt himself.

Although it seems a crazy notion that Air Force One would crash into a lake in Finland right in front of a boy needing a spectacular rite of passage, it serves its purpose of creating a mighty mission for Oskari. With his hunting and survival skills, Oskari helps the President run from those who want him taxidermied, rescuing him again when he is captured, and, in a spectacular climactic explosion, stopping the bad guys from killing them both.

This book has been written after the making of a movie but unlike many done this way, this one does a good job of recreating the action in text. It caused me late nights because I couldn’t put it down, so I imagine other readers will feel this way. For adventure-loving readers who love barracking for the underdog.