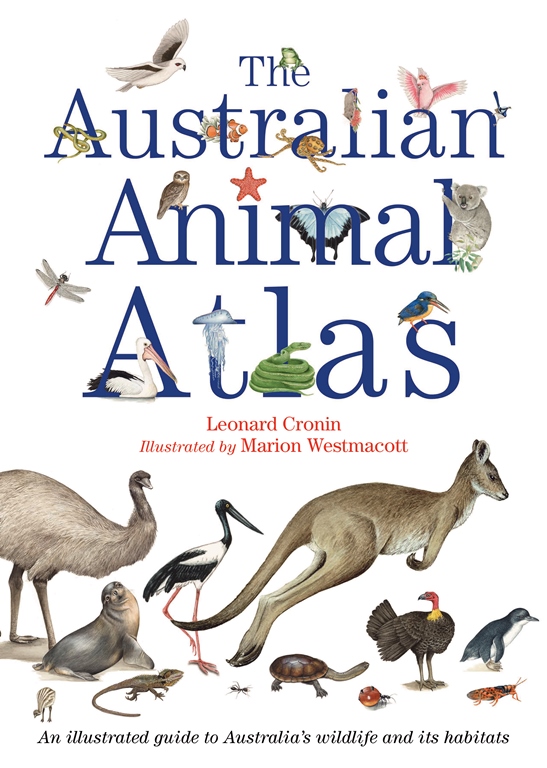 Leonard Cronin and Marion Westmacott have produced a fine example of an Australian animal atlas for children, complete with contents page, index and accurate detail in both text and illustrations.

Superbly illustrated by Marian Westmacott, one of Australia’s leading wildlife and botanical artists, every page is visually appealing, including the beautiful endpapers and hard covers. The equally engaging text by Leonard Cronin is divided into several sections highlighting the main environmental areas of Australia, including deserts, rainforests, seashore and tropical wetlands.

A double page spread has been devoted to each section which includes a brief description of the habitat within a picturesque illustration. The mammals, birds, reptiles, insects and fish, including many which are obscure and surprising, are depicted in the surrounding margin which encourages the reader to search for each animal within the accompanying picture. The double page that follows then reproduces those featured animals with a short paragraph of interesting and well-researched information about their diet, appearance and habits.

The Australian Animal Atlas treats the reader to almost fifty pages full of easily accessible, fascinating facts and superb illustrations.  This visually attractive and informative text will be a choice addition to any primary school library and a great gift for children between the ages of 7 to 12.