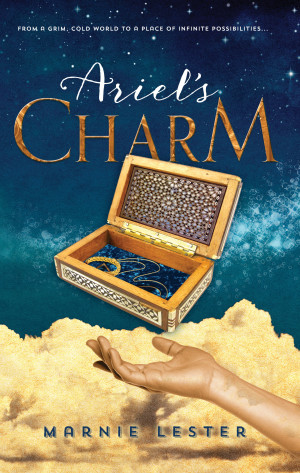 This is the story of 13 year old Ariel, who has spent her entire life in a Dickensian orphanage in a town in Illinois.  One day on an outing to a nearby park, she meets an old man who knows her name and claims to have known her parents.  He asks Ariel to meet him at his house across the road from the orphanage, where he will tell her more about her parents.  Ariel manages to sneak out of the orphanage to meet him, and he reveals that she is from another world to which he can help her return.  So begins Ariel’s transformation from orphan to princess.

The story itself is interesting enough, unfortunately the writing lets it down.  There is far too much text – everything the characters think or feel is spelled out, leaving no room for the reader to interpret these from their actions.  The principle of ‘show, don’t tell’ needed to be applied to this book.  A good editor could cut down the text by half without losing any of the meaning.  The sentence construction is often awkward, and the characters’ dialogue is usually stilted and unnatural.  This makes it difficult for the reader to connect with them.  There are also illogicalities and inconsistencies in the story.  A few brief sentences of better written text give hope that perhaps the second book in this series will show some improvement.  It may be enjoyed by fantasy fans.  Suitable for secondary school aged readers as there is some violence.