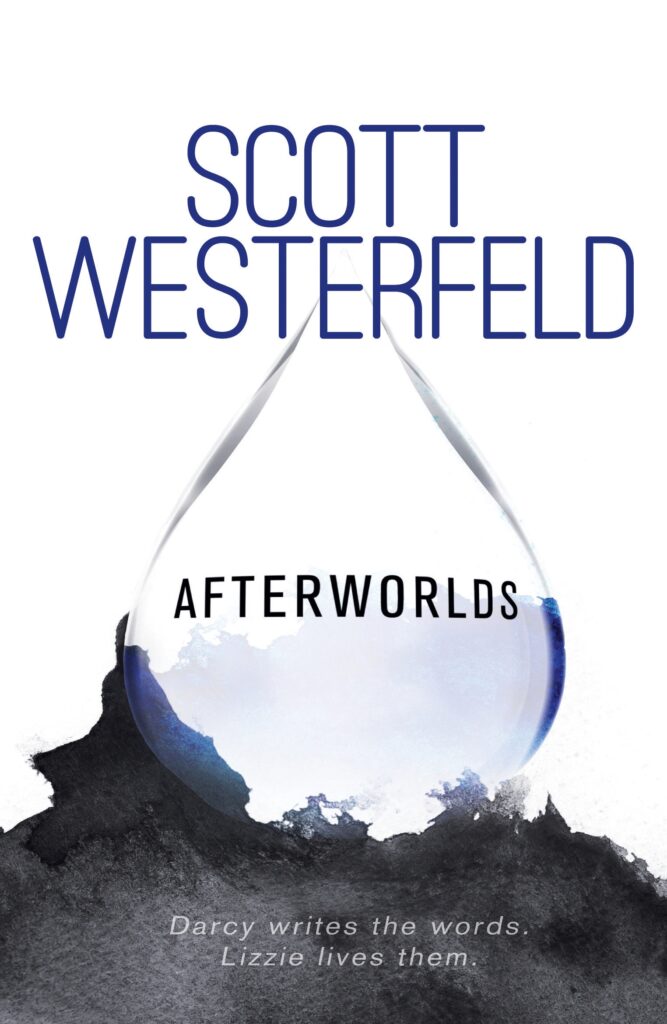 Eighteen year old Darcy Patel’s first book has been accepted by Paradox publishing for enough money to make her head to New York for a year or two instead of college.  Paradox has such faith in Darcy that they’ve paid her for a sequel.  She has a year to rework Afterworlds and complete Untitled Patel – if she sticks to the budget imposed by her clever younger sister.  New York may be the perfect place to write but it also exposes Darcy to the world of YA publishing, and to love.  Imogen is a writer as well and at first they live and write well together.  Imogen’s book sales plummet and Darcy’s writing stalls, and their relationship falters.  In parallel to this story is Afterworlds, Darcy’s debut novel.  After its first captivating chapter, Darcy finds endings much harder to complete.

Two stories run side by side in this book.  Darcy’s novel, written in one month, unravels in between the story of her new writing life.  The reader sees what Darcy’s publisher has seen – an electrifying first chapter and the promise of intrigue and love.  The insights into the world of YA publishing are stark reminders, for Darcy and the readership, that writing is a fickle business and lots of hard work can go unrewarded.  Thankfully, Darcy’s (and Imogen’s) books seem to be alright in the end.

It is difficult to know what audience this book will best appeal to.  The story of Darcy Patel’s instant fame is a glorious, if unrealistic, one for writers.  Lizzie’s ghost story is interesting in itself but is interrupted by Darcy’s story about rewrites and writer’s block.  Scott Westerfeld fans will probably read on regardless but new readers won’t be exposed to the full spectrum of Westerfeld’s fantastical writing abilities.