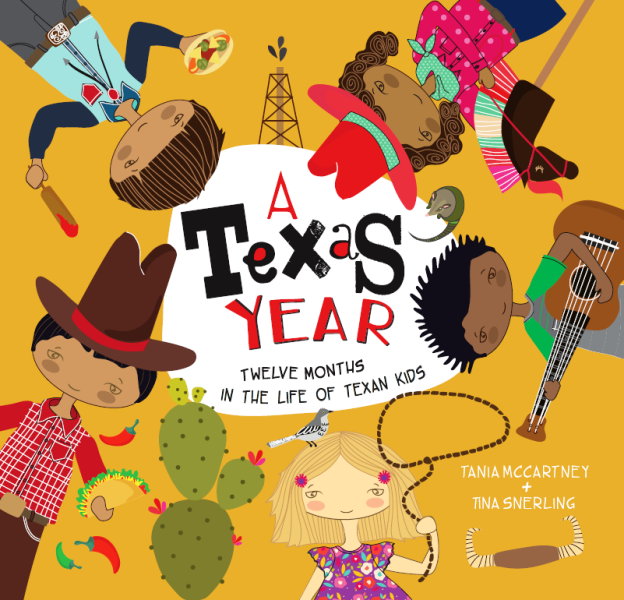 This picture book guide to a year in Texas is one of a series that has covered an Aussie, a Scottish, an English and a New York year. We meet four young Texan guides aged from six to ten, who take us through the glorious contemporary Texan mish mash of past and present, introduced and regional cultures. Lots of what happens over a year is not much different to most contemporary Western children, while the details are often curiously Texan: black-eyed peas, cowboy hats, rodeos, blue bonnet flowers in spring, rattlesnake roundups, field trips to the Alamo, a Latino Family Expo in San Antonio, Fajita Burgers, the Day of the Dead, and at Christmas there is Pancho Claus. Did you know ‘Texas’ comes from the word ‘tejas’ meaning ‘friend’? Or that 90% of the world’s helium is under the ground in northern Texas, and that there are 14 million cattle in Texas jostling up against its 25 million people? This is a fun book, with lively full-colour illustrations, packed with information that will make the world seem small while at the same time making the world look delightfully various. This series would serve well in any classroom or family where there is an interest in exploring differences in cultures. Recommended for six to ten year olds.