Award-winning author Allayne L Webster describes her inspiration for The Centre of My Everything: a hard-hitting contemporary novel following the lives of four teenagers in Mildura – and the tragedy, secrets and struggles that tether them. The author of CBCA Notable Paper Planes spent eight years writing the novel with the encouragement of her stepfather, the man to whom The Centre of My Everything is dedicated. 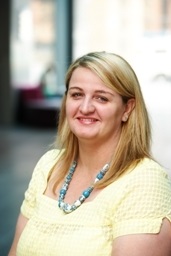 I grew up in rural South East, South Australia. My stepfather, a Ngarrindjeri man living on Meintangk/Thangal land, raised me from the age of five.

Love is a great motivator, and this novel is a means of reflecting my love for my step-father and all he has done for me. It is fiction, however I’ve drawn on some personal experience.

Growing up with an Aboriginal stepfather, brother, sister, and extended family, meant that I’d often witness the hurtful impact of racist assumptions and behaviours. I saw people I loved regularly wounded. Seeing them hurt, hurt me.

I wanted to examine casual racism through story – the assumptions my family was subject to, like we ‘must get lots of free stuff from the government’ or ‘your stepfather is a half-caste, so what does he deserve anyway? Isn’t he more white than black?’ Some comments were more subversive or throw-away ‘off the cuff’ remarks, but the inference and the impact was the same. Mud sticks—and the more you pile on, the heavier the load. 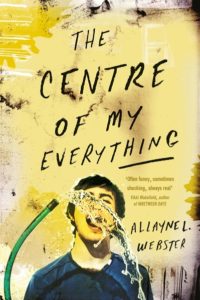 Growing up in a rural environment meant that from time to time I’d hear the debate about the need to report (possible) Aboriginal remains found on farming land. I recall an argument against where someone said it was a pointless exercise: why hold up works, building developments, etc., for some old bones that have been buried since who knows when? This attitude riled me. How would they react if someone walked into their graveyard and dug up their ancestors? Wouldn’t they be incensed? Where was the respect?

Often what drives me as a creator is injustice or hypocrisy; people’s lack of empathy or inability to imagine themselves in someone else’s shoes. And so the idea for The Centre of My Everything was born—I wanted to address the injustices I’d witnessed that had made my blood boil. The novel is also about generational grief and violence and the steps people take to self-medicate and survive. It tackles misogyny and male entitlement; a present day rape links to a historical one, and the story portrays the repercussions of those acts on the wider family unit. It also explores binge-drinking culture and alcohol’s impact in our communities.

At the heart of this story, though, is a tale of forgiveness and compassion. The Centre of My Everything is about putting faith in others, the giving and receiving of trust and, above all else, the power of love.