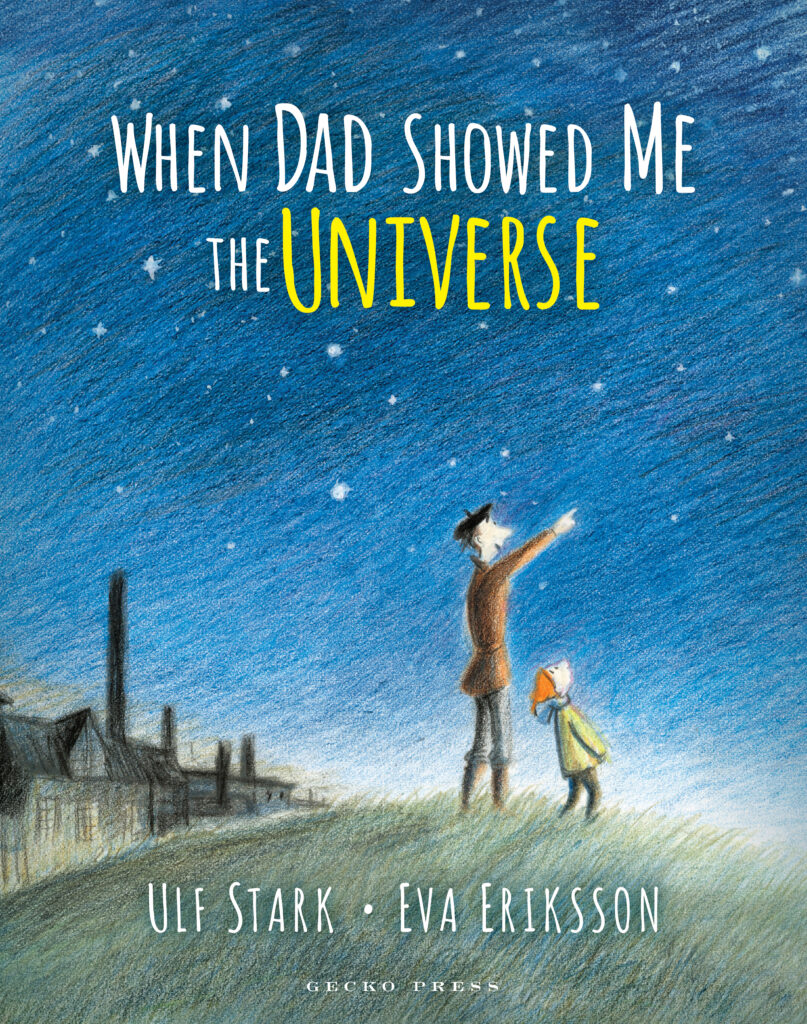 When I stand out on my deck on a clear night and look up to the sky, I am quickly in a state of awe and wonder. The complexity, the vastness and trying to make meaning of our presence is overwhelming. In this delightful evocation of parent/child, father/son, Dad too wants his child (the narrator voice) to “see the universe”. But he has no deck and lives in the city. And so they go off for the adventure of a lifetime (as the father sees it) walking past the supermarket (though getting some provisions), past the park where the toddler pool is closed (being winter), past the hardware store and the fish shop until (and it is nearly dark) they are in the country. They stop on a small hill and Dad asks his son if he can see the universe. The lad sees a snail from the universe and a blade of grass swaying in the winds of the universe. But his Dad is looking up at the sky.  The lad is told off for his limited view and told to look up. He looks up but to him, they seem simply specks of dust. His father lifts him up and gives more detail of what he sees. The boy doesn’t want to appear silly and joins in. His father is overwhelmed by a smell!  He has to look down and his son laughs. His father had walked into dog poo! His father now is underwhelmed as they walk home and ponder the nature of things. For the boy, the universe is beautiful “and funny.”

The illustrations complement the story beautifully for NZ children in that (given the book was originally from Sweden) another culture and time is visually portrayed.  The universe is indeed a diverse space. Teaching notes can be found on the Gecko Press website.  Recommended.