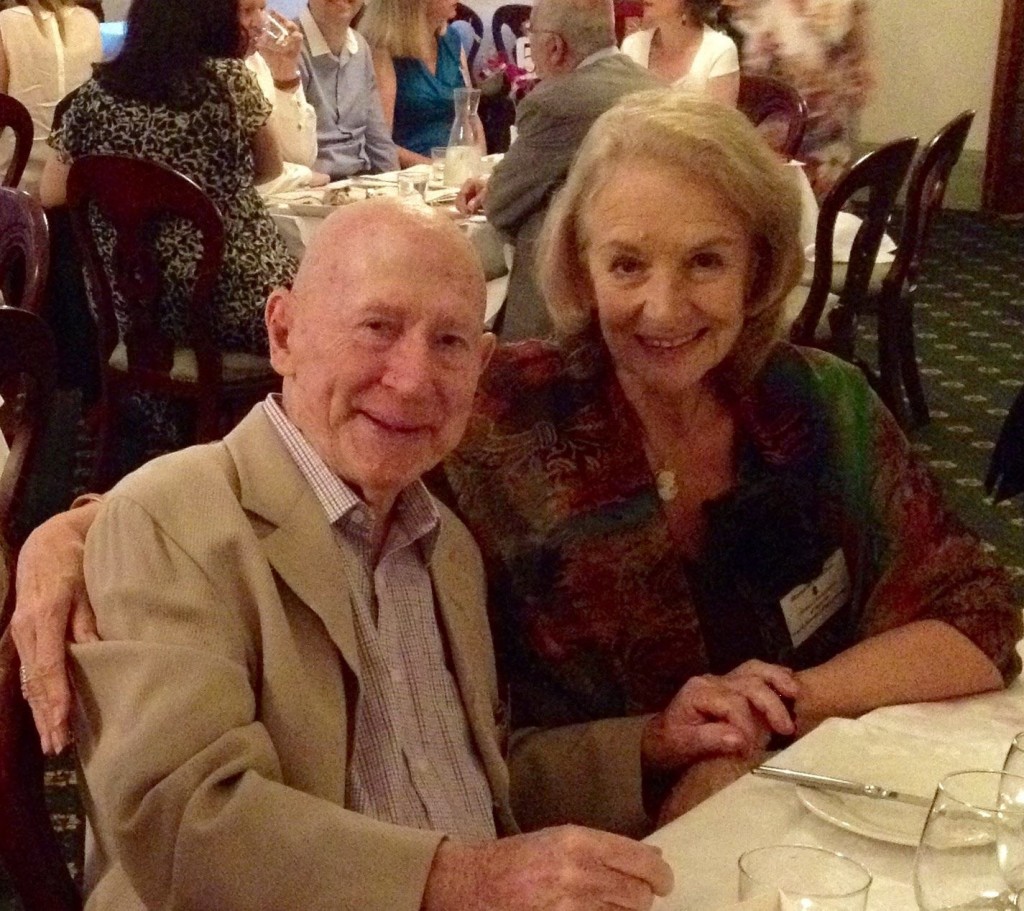 The Children’s Book Council of Australia and all who are associated with the organisation are deeply saddened by the sudden death of Dr Maurice Saxby AM, only weeks before his 90th birthday (pictured here with me at the CBCA NSW Lady Cutler dinner. Image used with permission).

Maurice was the first National President of the CBCA in 1958 and he continued being a teacher, a mentor, a critic, a lecturer, an author and most of all a friend to everyone in the children’s book world. He has served as a CBCA judge, twice served on the International Jury for the Hans Christian Andersen Award, particularly when Australians Patricia Wrightson and Robert Ingpen received this award, and for the NSW Premiers Award. He was widely honoured for his contribution to Australian children’s literature, receiving not only an Order of Australia and an Honorary Doctorate at Sydney University, but also the Dromkeen Medal, the APA Pixie O’Harris Award, the Nan Chauncy Award, a CBCA National Citation and Life Membership of the NSW Branch. The SLNSW Maurice Saxby Award was named in his honour and the CBCA Maurice Saxby Lecture is held biannually in NSW.

Countless creators of children’s books plus hundreds of his ex students owe him a huge debt for his mentorship, his enthusiasm and his passion. His books remain as a legacy of a life devoted to children’s books.