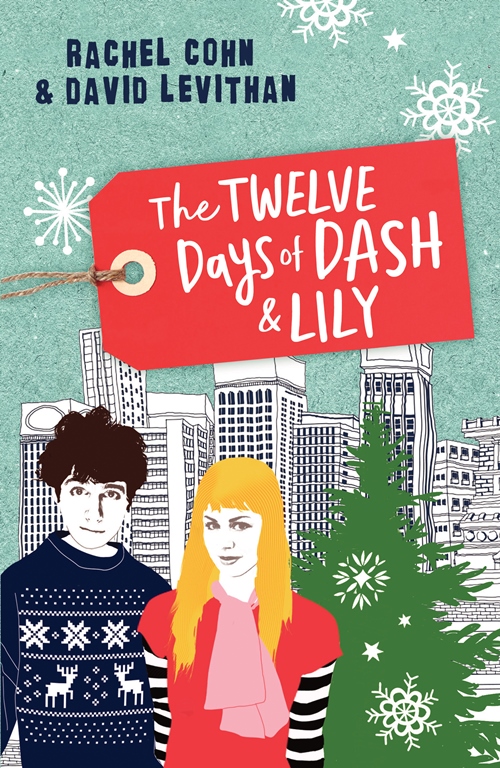 The Twelve Days of Lily & Dash is really all about change. Lily is not a fan of change. She wants routine, stability, and ritual. She barely leaves the 12 block radius of the New York borough where her family live. During the story, Lily runs away from responsibility, from family, and from Dash. Not because she doesn’t want them anymore, but because everything is overwhelming, and everyone is moving forward, and they want Lily to accept, to accommodate, and to adapt. Ironically, in running away, Lily ends up in unfamiliar places, dealing with strangers, just what she says she wants to avoid. We can see Lily is capable and will thrive, but her lack of self belief stymies her. So, when Lily starts to believe Dash must also want to move on, we start to believe it too.

Lucky, we are privy to Dash’s thoughts (unlike Lily, who can’t seem to ask the right questions). We know he is struggling to be there for Lily. She has shut down on him, shut him out, and he actually is ready to concede. He is weary and lost. His own family drama has not prepared him to fight, so he looks to others to help—Boomer, Mrs Basil E., even the querulous Langston, (who has his own agenda) all play their part in bringing the two love turtle doves together. Cohn and Levithan are masters at creating community, irascible, noisy, nosy, and demanding. They want Lily and Dash to be on the same page (although maybe not so much with Edgar Thibaud), and it’s a glorious build up to the grand gestures, and the lovely, final quiet moments.

For about half of the book, Dash and Lily are not in a good place—with each other, themselves, or the world in general. Lily is probably mostly responsible, and yet Dash is not entirely blameless. So, it’s good to witness how his attempts to help Lily (prompted by Lily’s brother, Langston) create the spaces for them to find their way back.

Using the Twelve Days of Christmas song as their chapter headings… well subverting them more like (e.g. A pear in a partridge tree, & Lilymaid a milking), providing flashbacks of their prior 12 months, and some timely librarians, Cohn and Levithan navigate Dash and Lily through their ‘eye blink’, to the next level in their relationship, and to a better mindset, to accept the many changes in their lives.

If you loved the first Dash & Lily, you will want to see them twelve months on. Maybe not at the start, but by the end, you’ll be cheering for them. There’s a plethora of cultural references, and hilarious nods to in-jokes (where’s Fluffy?), and as with all Levithan books, there is a strong message about not taking anything for granted, and living in the present. It’s also a great Christmas read, with lots to ponder about family and feelings, and good fortune. Happy holidays everyone!