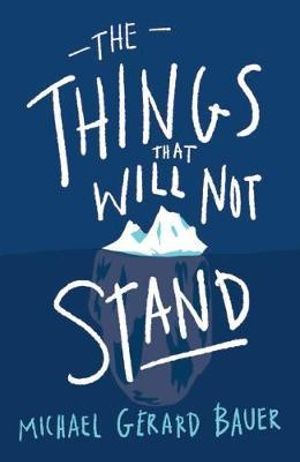 Sebastian is waiting for his real-life grand movie moment. That moment at the end of a rom-com when it looks like the chance has gone, then behold – the sliding doors open and there SHE is. The PFH or the Perfect Female Human. Except, she isn’t. Life isn’t a rom-com and Sebastian isn’t the charming hero. He’s just a kid in Year 11 hanging out at a university open day with his best mate, Tolly.

Instead, he meets Frida, who is definitely the ‘Wrong Girl’. Witty, sharp-talking, fellow Year 11 student, Frida is an enigma. With her piercings, punk-like hair, and proclivity for storytelling, she is far from the Perfect Female Human. Despite this, Sebastian lets her redirect his carefully planned day, finding himself in a range of scenarios he never expected. He is entertained, challenged and almost always unsure if anything Frida says is the truth. But if he does get her to open up, is Sebastian prepared to face his own truths?

Spanning the course of a single day, the book is an enjoyable walk in the shoes of Sebastian, a likable, if not somewhat awkward character. His friendship with Tolly is endearing, and his giant of a friend sagely guides him through the day, often completely stealing the scene.

Touching on a range of themes, Bauer’s coming-of-age novel explores the role friendship and trust play in the development of a relationship. It astutely deals with the teenage dichotomy of the longing for independence, while not yet being able to fill the shoes of an adult. Littered with film references (and most excellently, some from The Big Lebowski), The Things That Will Not Stand perfectly captures the uncertainty of those on the precipice of adulthood.