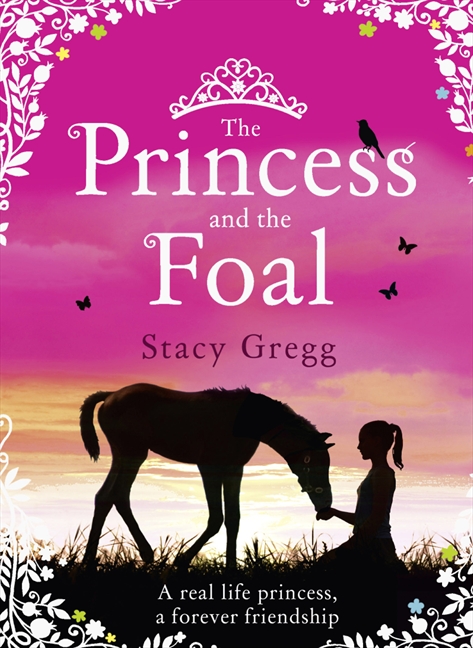 Gregg ventures here into biography to tell the story of a real-life Arab Princess who, despite all odds, followed her dream of becoming a competitive equestrian.  Only hard work, sheer determination, and her love for an orphaned foal set Princess Haya of Jordan on her path towards leading her team to victory in the Arab world’s toughest competition – The Kings Cup.  At the time, she was only twelve years old and one of the challenges was to jump her horse over a car.  Though she had to overcome general expectations of appropriateness of competition riding in view of her gender and high status, Princess Haya gained the support of her father, King Hussein, and was able to demonstrate her natural ability and readiness to learn.  The story is told in the immediacy of the present tense, and it begins and ends, poignantly with Princess Haya writing to her dead mother.

An epilogue tells the reader that Princess Haya went on to win an individual bronze medal in the 1992 Pan-Arab, Equestrian Games, that she competed in the Sydney Olympics in 2000 and that she currently heads the International Equestrian Federation, having been elected for a second term.  This book will appeal especially to young women and girls.  DD