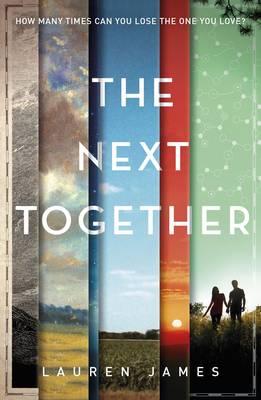 Katherine and Matthew Gallagher are destined for each other. In fact, their attraction is so comfortable it’s as if they’ve been together forever. Which is sort of what’s happened. In 2039, the now-scientists piece together the remnants of the lives of the other Katherine and Matthew Gallaghers until they uncover the final mystery of why they have to keep meeting and falling in love, saving the world as they go, until their mission is complete.

This book has been labelled ‘reincarnation romance’ as Katherine and Matthew meet, become romantically involved and part tragically in four different times, linked to four monumental events. Two are historical – the Carlisle Uprising in 1745 and the Crimean War of 1854. Two are yet to come – the development of new biological weapons in 2019 and the end of the time-warp mystery in 2039. The four stories are told simultaneously, linked by personal notes between Kate and Matthew and intriguing computer-based statements that mainly tell the reader that progress is not going as planned but intervention is denied. Letters, texts, diary entries, emails and the use of various fonts help the action along and keep the reader hooked. The set-up leads to a finale that doesn’t make a lot of sense – spoiler alert: their child has intervened over time to make sure the pregnancy happens. But how did she do it? Maybe we’ll find out in the sequel. A good read with a smattering of adapted history and a glimpse into a future that wasn’t too hard to recognise.