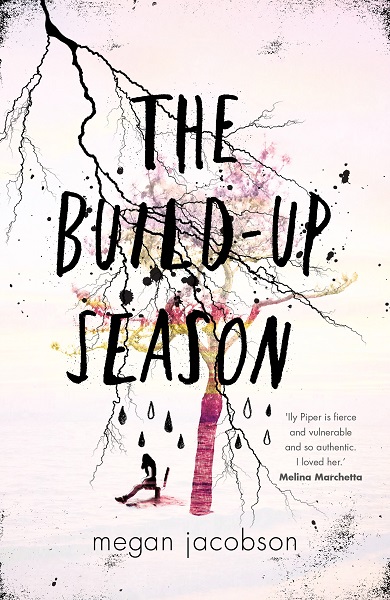 Seventeen-year-old Iliad Piper is an angry young woman. She lives with her mother and grandmother in Darwin where they have relocated to escape Iliad’s violent father. He is in jail and, living in hiding, Iliad is always fearful he will find them when released. Iliad attends the local high school after being expelled from numerous boarding schools. Thinking she was sent to the boarding schools because she was not wanted, the truth is very different. Iliad falls in love with Jared, the school principal’s son. He attends the local university but is an aspiring actor. He shows tendencies similar to Iliad’s father, but Iliad is in denial and subsequently suffers domestic violence at his hand. Her mother recognizes all the signs, as do others close to Iliad, including her neighbour, Max. Max and Iliad have been in a prank war since their first meeting. He is a caring and a loveable character, the direct opposite to Jared, however Iliad sees only the good in Jared. An almost fatal incident awakens Iliad to the true circumstances in which she lives.

This is a novel about domestic violence. It delves into the characteristics of the perpetrators, and those who fall under their spell. The often-asked question “why does she stay with him” is much better understood when faced with this realistic fiction. Megan Jacobson has portrayed domestic violence from many perspectives, from the spouse to the offspring, the in-law and the sibling. Iliad is a believable and realistic character, too wrapped up in her own world to see circumstances from others’ points of view. As she matures throughout the novel, however, this changes.

I felt this novel was a little slow to start, but I think I was trying to like Iliad too much at first. I realised, after finishing the novel, that I expect to like the main protagonist and to feel a connection with him or her from the start. I did not with Iliad and I think this is deliberate, and clever writing.

This is a novel worth reading once, then again and again. Domestic violence is a topic that touches all too many people. This novel shows it as the raw, brutal thing it is. Highly recommended for older teens.