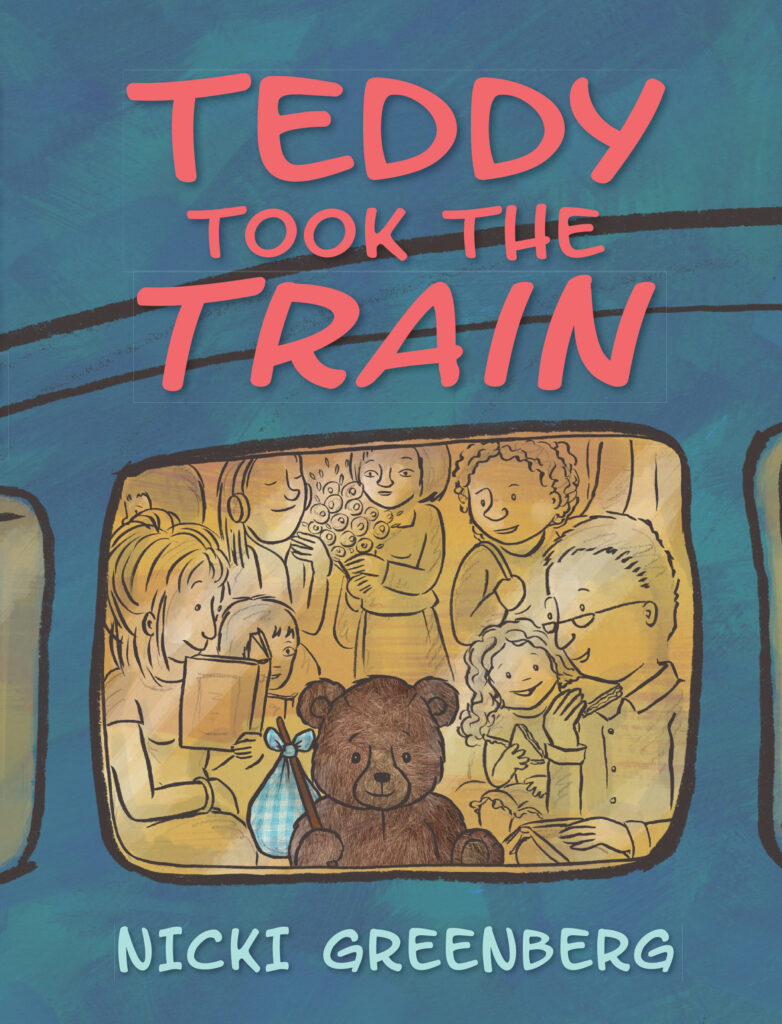 Dot is a little girl with a mop of ginger curls. She and her Mum and her Ted, an iconic teddy bear, visit the markets and hurry to catch a train when the rain begins. Ted stays on the train to go to a bears’ picnic he has been invited to at Bear Bend. Ted has such a good time at the party that he sleeps past his stop on the way home and reaches Flinders Street.

It is quite likely that all Ted’s adventures are imagined by Dot but perhaps he does travel around Melbourne on his own. The narrative uses rhymed stanzas and verse-like patterns of words and sounds. This way each page contains a large illustration and several lines of verse, unique to that page, like: ‘Spitter-spat, here comes the rain, Let’s run and catch the early train.’ Towards the end we read: ‘But why’s it stopping? Who’s that knocking?’ to find Ted is returned home by the kind station attendant they had met earlier in the day.

The story text is substantially extended by the illustrations which are generally firm black line and wash though collaged fabrics are also used for the characters’ garments. The station attendant has a beard, is dressed in black and could be a more conservative member of the Hebrew faith. On the train Mum tells the child not to stare when she notices a tough young man with a red punk hairstyle, who sits in fierce concentration, knitting a long pink scarf. Mum herself is in a wheelchair in all the illustrations though this is also not explained in the storyline.

It is an interesting, inventive book though it is a little unrealised in concept and narrative style. Nevertheless it conveys very well the idea of accepting all kinds of people and also gives warmth to Dot and Ted’s story of going out into the city.