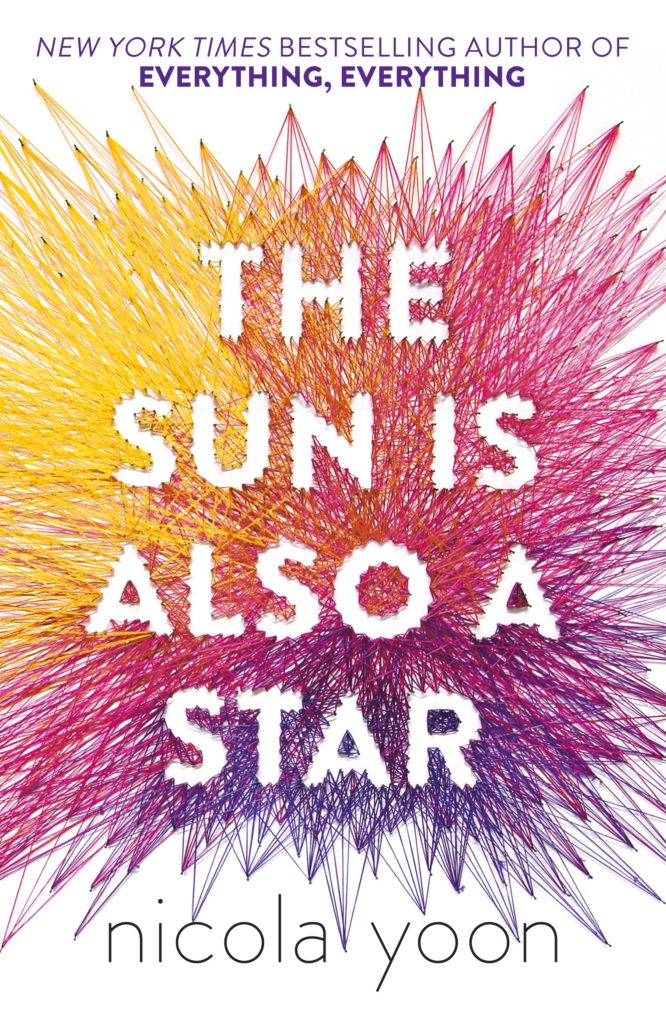 Daniel, son of Korean born immigrant parents, is supposed to be preparing for an interview for Yale University when he saves Natasha’s life. Natasha is making a last ditch effort for her family to remain the United States of America. They are due to be deported that evening, as they have overstayed their tourist visa in the hope that Natasha’s father will accomplish his dream of becoming an actor. Daniel and Natasha’s background could not be more different, however they are also very similar.

The novel takes place, mostly, over the course of a day. The chapters are written from three perspectives. Daniel and Natasha share their perspective in the first person with readers. The third perspective is in third person where Yoon explores the lives and situations of minor characters. The way this novel is structured, this placement and sequence of chapters from various viewpoints, is deliberate, clever and gives this book authenticity. It is almost meta-fictional, I felt like I was in conversation with the narrative some of the time, a clever device.

There are many links with characters, for example, the white BMW Daniel saves Natasha from makes an appearance later in the novel and we learn about the driver’s life. The reader becomes aware early in the narrative that this book is based on many consequences and chance meetings, some connected, some known to the characters, all known to the reader. Yoon places the reader in a very special position.

The characterisation is strong with some likeable characters, some not so. Good writing encourages its readers to like or dislike characters and Yoon accomplishes this easily. The dialogue is smooth, realistic, and well written. This is important because the discourse between Daniel and Natasha is essential to the plot. It is natural, sometimes funny, sometimes serious and always superb.

The entire narrative evokes emotion and the ending wraps up beautifully, although unexpectedly. The reader is left with a satisfying finality.

I loved Everything Everything by Nicloa Yoon and was not disappointed with this publication. It is original, refreshing and multi-layered in many different ways. Highly recommended.