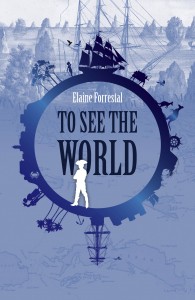 Louis Claude Desaulses de Freycinet, the noted French navigator, is a significant name in the early history of Australia, for he and his brother, Louis-Henri, had sailed with the pioneer navigator, Nicolas Baudin, in 1800-02, exploring the south-western and southern coasts of Australia in the Naturaliste and the Géographe at the same time as Matthew Flinders in the Investigator.  His map of the Australian coastline.  Published in 1811 preceded that of Flinders by three years, and he published the account of the expedition in Voyage de découvertes aux terres australe (1807-16).  In 1817 he was given the command of a scientific expedition on the corvette Uranie, spending much of his time with his instruments studying terrestrial magnetism, astronomy and meteorology.  He had other scientists on board and the artist, Jacques Arago, and he had also managed, against regulations, to smuggle his wife, Rose, onto the ship.  After time spent at Rio de Janeiro, De Freycinet set off in an adventurous round-the world journey which took three years and amassed a wealth of coastal maps and astronomical and other observations and specimens.  A particular mission was to measure the magnetic equator which could help determine the exact size and shape of the world.  At Port Louis on Mauritius, the Uranie took on José Miguel de Bennaire, the teenage mulatto son of a friend of De Freycinet’s, to be a cabin boy and chef’s help.

All this is the basis for this story of the voyage of the Uranie told for young readers by José who is taught to read and write by Rose in this imaginative reconstruction and who is given life where the official narratives barely mention him.  The account of the round-the world voyage makes use of the official report Voyage autour du monde… published in 1820 and José is given his chance to describe his own experiences in this absorbing narrative, his relationship with Rose, the Commander and the other members and crew.  There is the story of the time spent at Shark Bay (September 1818) on the west coast of Australia making observations with mention of Aborigines met there, the recovery of the Vlamingh Plate, attacks by cannibals in the Moluccas, visits to Kupang and Guam and the stay in Sydney (November 1819), the wreck of the Uranie in the Falkland Islands in February 1820 and the rescue and return in another ship bought and named the Physicienne to return to France to an honoured reception in November 1820.  Use is also made of Rose de Freycinet’s own unpublished journal transcribed by Charles Duplomb (1927) held in the National Library Rare Books collection for the rounder view of shipboard life.

Each chapter is attractively illustrated by copies of engravings from the official journal and other sources held in the National Library’s picture collection and detailed with catalogue numbers in an appendix.  The background to the book and to the life and work of De Freycinet is covered in Historical Notes and there is a glossary of the many French and other terms used.  This reconstruction of a real voyage around the world provides for a most enjoyable, interesting and informative story for young readers 8 to 14 and is well recommended.