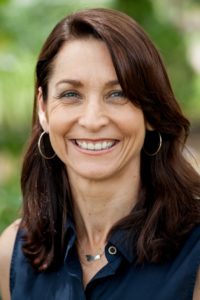 Samantha Wheeler, author of many stories for young people, has written a piece for us about her latest release, Everything I’ve Never Said sharing insights into the issues of writing something so deeply personal. Thanks for your generous thoughts.

I always imagined I’d grow up to be a marine biologist. Or a zoologist. Have six kids, a loving husband and a home brimming with flowers and pets.

But life doesn’t always end up how you imagine.

I did become a scientist, got married and had two beautiful daughters. But when my youngest, Charlotte, struggled to crawl, babble, or talk, things started to unravel. Physically, she had small feet, wringing hands, and often choked on her food. She also struggled with sensory overload, with an intense dislike for sharp sounds, like babies crying or Christmas paper being unwrapped.

Charlotte grew angry and frustrated, trapped in a body that didn’t work. Resorting to screaming, hair pulling and biting to try and tell us what she wanted, she made life difficult, both for her and for us.

Finally, when Charlotte was fourteen, we discovered she had Rett syndrome, a rare genetic disorder that involves a mutation of the MECP2 gene on the X chromosome. Speech, sensory sensations, breathing, movement, cardiac function, chewing, swallowing and digestion are all affected.

No wonder Charlotte was angry. She wanted to communicate, joke and make choices. She wanted friends and laughter and love. But without effective communication, she had no way of showing us. 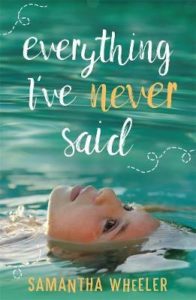 That is, until we discovered a technique called ‘eye-gaze’. We learnt to ask Charlotte questions, offering her choices between two things at a time. Then, by watching her eyes move between the objects, we could finally work out what she wanted. A world of communication opened up, inspiring me to write our story. Although based on our experiences, Everything I’ve Never Said is a fictional story about Ava, a quirky eleven-year-old who can’t talk, but has a running commentary inside her head. Her family struggles to understand her, but Ava, like my daughter, just wants to be loved, and to show love.

At first I struggled to get the story down. Our experiences were still so real, so raw and depressing. Plus, the protagonist couldn’t talk. How could I make her relatable? Make readers cheer for her, love her? It was a difficult book to tackle.

I spent a lot of time observing children like Charlotte, children who are super sensitive to their environment, but unable to explain themselves. I watched their faces, their body language, to try to see what they were thinking.

Eventually, by listening to Ava’s voice in my head, and by tweaking experiences and characters from our real lives, I was able to write this story. Everyone has something to say, whether they communicate in a conventional way or not. We just need empathy and understanding.

The most rewarding part has been watching Charlotte’s reaction. Her whole face lights up when we talk about the book, which makes everything worthwhile. I’m so glad I decided to share her story.