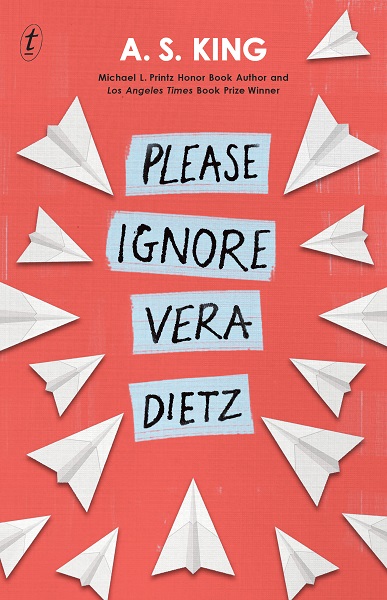 This is a strong and engaging book about growing up and coming-of-age. Of course we often say that about YA books, but this one is one of those books which stays with you long after you’ve finished. Vera has always found it safer to try to be invisible, to stay out of people’s way and to keep secrets, particularly those of her best friend, Charlie Kahn. When we first meet him, Charlie is actually dead and no-one quite knows the circumstances although they seem straight forward enough. Vera knows a lot more though and she has to struggle with herself about whether or not she should tell.

Her grief is raw and all-consuming as she loved Charlie and he betrayed her and spoiled their friendship. Now he’s dead they can never retrieve the situation. The story is told from multiple points-of-view – from Vera, from Charlie, from Vera’s father, including even occasional comments from one of the buildings which sees some of the action. The complexity of the narrative structure allows us to develop a full understanding of the different personalities involved, their relationships and their differing perspectives on particular events. Despite the multitude of narrative voices, this is really a kind of bildungsroman about Vera as the other characters circle around her and interact with her.

Rejection is an underlying theme throughout the novel. Vera feels rejected by her mother who left when Vera was younger. Vera also feels that Charlie has rejected her when he starts to go out with another girl at the school they both attend. Charlie’s decision causes him to make a number of other really bad decisions, leading to the ultimate tragedy of his death. In a sense too, the school rejects Charlie by letting him down and not offering him the help he needs and which might have led to him fulfilling his potential. Vera’s father is a flawed character too, who has been deeply hurt by Vera’s mother leaving and who, as a consequence, has difficulty engaging with Vera, despite having her best interests at heart.

Charlie’s father is a brutal man and Charlie’s mother is a victim of domestic violence. Many in the community know this, particularly Vera’s parents. There is, however, a lack of community and social responsibility  as they all choose to turn a blind eye and no-one offers her help.

The ending, however, is hopeful and uplifting but in no way unrealistic. Both Vera and her father have had a kind of epiphany and reach a much better understanding of each other. They undertake a brief road trip together during which they form a new bond. The road trip works also works as a signifier of a change in each of them, a change which will allow them to face whatever lies ahead with greater strength and confidence.