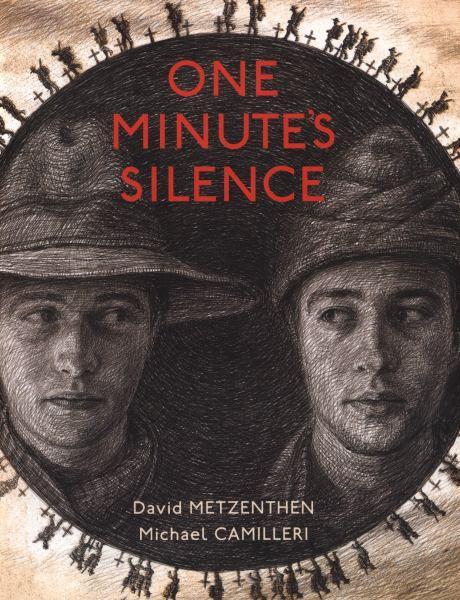 This must surely be one of the most important, significant, poignant and thought provoking picture books, or novels, about Gallipoli and the ANZACS to have been published.  The title is a metaphor that stills the heart, while challenging the intellect and demanding an emotional response.  The stark black and white drawings are probably the most arresting among the spate of war books – especially those devoted to examining the truth behind the propaganda; the reality of warfare generally; and the ANZAC legend in particular.

Both text and illustration are wonderfully balanced to demand the reader to both think and feel; and to deeply ponder the implications arising from this outstanding book.  It portrays both in word and picture what Gallipoli was like and what it meant to the two opposing forces – perhaps, more importantly, what it should mean to us today.

The title carries a weight of meaning in that it implies both personal reflection and also, perhaps a pause in hostilities.  The two male figures on the cover, shown in silent reflection, are those of an Anzac and a Turk each balancing the other.  The point of this thought-provoking book is to show the common humanity of the opposing forces; and the fact that cultural differences can be swept aside, even in the face of national conflict.  In a sense, the opening double spread showing ten young men and women in relaxed positions, reflecting on their daily lives in their poses and occupations, demonstrate how much we have in common, one with the other.  Male or female of all nationalities and personalities, we are, each of us, a unique specimen of humanity.  The text asks the reader to put aside racial, political and ideological differences and imagine what it must have been for Australian soldiers and Turkish fighters to experience a grinding in the guts as ‘twelve thousand wild colonial boys ‘dash ‘across the shivering Turkish sand in the pale light of a dairy farmer’s dawn lashed with flying lead.’ Then it asks the reader to imagine in silence ‘lines of young Turkish soldiers from distant villages, hearts hammering, standing shoulder-to-shoulder in trenches . . . firing on the strangers wading through the shallows, intent on streaming into the homeland of the Turkish people’.

On every page the reader is confronted verbally and through the intensity of the illustrations with what it is like to be at war with people who have so much in common.  We are spared nothing of the brutality, the horror and the anguish on both sides of the trenches; but we are also reminded of everyday life, and ‘in one minute’s silence’ what it was like in the trenches; what the combatants on each side feel as they are conflicted by forces beyond their control.  This significant book not only places war in a broad, humane perspective but dramatizes what conflict means to sentient beings and ‘quietened hearts’.