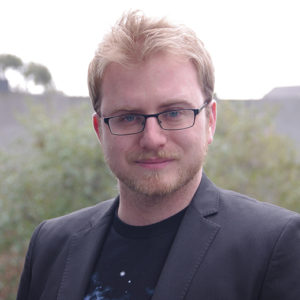 We asked Steven Lochran about his new adventure series, and he talked us through the process of writing it. The first book, The Riders of Thunder Realm is out now.

RIDERS ON THE BRAINSTORM

The Making of Paladero: The Riders of Thunder Realm

When Paladero: The Riders of Thunder Realm is published in July it will be the culmination of an idea I originally had nearly 10 years ago.

Back then, in the heady days of 2007, the plot was radically different. My original concept was of a fantasy-adventure in the style of The Neverending Story which featured a young brother and sister duo in search of their missing father. During their quest they met and befriended a paladero, a cowboy-knight who rode a dinosaur instead of a horse (the word being a combination of paladin and vaquero, the Spanish term for cowboy).

I tinkered around with this idea in sporadic bursts for years, but it wasn’t until 2013 – after the publication of my Vanguard Prime series – that I really started working on it in earnest.

After writing more than 20,000 words, I showed the manuscript to my wife and to Hilary Rogers, the publisher at Hardie Grant Egmont. They both agreed that the story was too ambitious. I was trying to do too many things and it wasn’t gelling. The advice stung, I admit, but I also knew I should listen to it. After all, who could argue with that level of combined expertise and insight?

Deciding to pull the story back, I focused on the element I’d found to be the most interesting: the paladero. Who was this character who called himself Josiah Sarif (or ‘Joss’ for short)? What was his world like? How had he come to be the person he was?

I worked out quickly that he was an outsider, born beyond the paladero borders of Thunder Realm and brought there as a young orphan. This left him out-of-step not only with the paladero establishment, but with his fellow apprentices as well.

He wasn’t completely alone, however. His outsider status was shared with the paladero who trained him, Sur Verity Wolfsbane, as well as with the mysterious and singularly-named Hero, a female apprentice from the mountainous Backbone Ranges. In shaping these characters, I wanted them to be strong and self-assured, yet still flawed in their own ways.

Most importantly, I wanted each of them to feel like they could be the star of their own book. After all, as Melissa Keil recently wrote, everyone deserves the chance to see themselves as a hero. And with Paladero: The Riders of Thunder Realm, I wanted to ensure that was the case.

Even if it took me ten years and 20,000 misbegotten words to get there.

Thank you Steven for sharing these insights. Paladero: The Riders of Thunder Realm published by Hardie Grant Egmont is out now. Review to be posted soon. 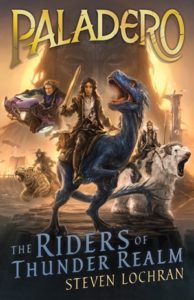