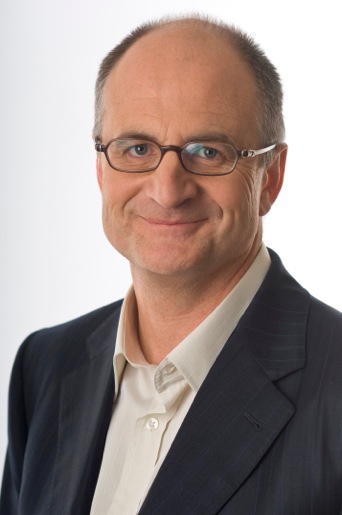 James O’Loghlin tells Reading Time how he comes up with story ideas.  He shares his ‘torch on a dark night’ method of story development, and gives us all the detail on how he develops a story that will delight and entertain young readers – even if it does involve being mean to his characters!

I’ve always been jealous of those who have come up with a wonderful premise for a book.  For example, 10 people come to an uninhabited island and one by one start to get murdered (And Then There Were None by Agatha Christie) or, a 16 year old wakes up in the body of a different person each day (Every Day by David Levithan)

When I wanted to write a story, I couldn’t come up with something that neat, but I did start thinking about the idea of a cowardly knight.  I thought that would be interesting because when you think of a knight, you think of someone who is big, tough and brave; someone you can rely on to protect the kingdom.  But what if the person whose job it was to protect the kingdom was actually a scaredy cat who had to deal not only with giant cockroaches, a mysterious sorcerer and snakes that fall from the sky, but also with his own spectacular lack of bravery.

I liked the idea because most heroes and heroines in adventure stories don’t seem to get scared much.  When a giant spider or a pack of zombies or a flying crocodile attacks them they always seem to act decisively and bravely, whereas I think that a lot of us – and definitely me – would be cowering in the corner and trying not to cry.  So I wanted my hero to have to deal not only with external threats, but also with his own cowardice.

Once I had my starting point – a cowardly knight – then I simply tried to be as cruel to Roderick as I could.  I kept asking, ‘If I was a cowardly knight, what would be the very worst thing that could happen?’ And whatever unpleasant things I could think of, I made them happen to Roderick.  Then I tried to work out how Roderick would deal with it.

I didn’t plan the entire story.  For me it works like this.  Imagine you are walking along a track in the middle of a night with a torch.  The torch beam won’t show you your destination, but it will show you a little way ahead.  And when you get there, it will show you a bit further ahead.  I just try and see the next thing that will happen in the story, and hope that when I have written that bit, I will then be able to see a little bit further ahead.  And usually I can.  When I get stuck, I go back to the beginning and go through it all again, improving and polishing, and then by the time I get back to the part where I was stuck I will usually have worked something out.

The other thing I wanted to do in The Adventures of Sir Roderick the Not-Very Brave was to create a big, jaw-dropping plot-turning surprise about two-thirds of the way through the book.  My favourite stories are those where, just when you think you have worked out what is going on, you suddenly find out something surprising that changes everything; maybe it’s that a character you thought was wise and kind is actually evil, or the other way around, or that someone you thought had died is actually still alive.  I love it when the whole story gets turned inside out and you realise that everything you have thought up until that point has been wrong or incomplete – so I tried to do that with Sir Roderick.  And it was quite complex.  It’s kind of like designing a jigsaw puzzle, but with every piece having another pattern on the back, so that when you flip the whole puzzle over there is another picture that is kind of like the picture on the front, but a bit different.

I don’t want to say what happens at the end of Sir Roderick of course, but I will say this.  At the start of the story Roderick is pretty sure that he’s hopeless at being a knight, and that he’ll never get any better at it, and I think we all sometimes feel like that about something.  In fact, you feel like that a lot when you are trying to write a story!  I do, anyway, and I think lots of other writers do too.  But then eventually you realise that if you keep going, putting one word down after another that…well I’m not going to say it gets easier, but eventually it does get finished!