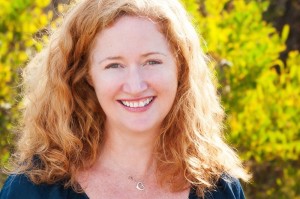 Allison Tait, author of The Mapmaker Chronicles, explains how she come up with the idea for this exciting adventure series for teens.

‘Where do your ideas come from?’

If I had to single out the one question that I get asked over and over as a writer, it would be that one.  Well, that and ‘how do I write a book?’… But the ideas one used to stump me a bit.

When it came to writing The Mapmaker Chronicles, however, I have a very distinct answer.  And I think that’s maybe why the series has been so enjoyable to write.

I have two boys, now aged seven and ten, and they are both fans of the ‘head-hurting’ question.  We have long-and-involved conversations about which super power we’d have, how colours are made, how whales make babies, which dwarf from The Hobbit we would invite to a dinner party… you get the idea.

Several of those conversations, close together, led to one of those ideas that make you tingle all over.  ‘How far does space go?’ asked Mr10, one night.  ‘Nobody knows,’ I answered, hustling him back inside.  (You start to think about where the edges of the universe might be and your tiny place in it and sleepless nights ensue…)

Then the next night: ‘How did they map the world?’

‘Well, they had to go out there and find out,’ I answered, distractedly.

‘They must have been brave,’ he said.

‘They were,’ I said.  ‘They would have felt exactly as we feel looking out into space, not knowing how far it goes or what’s out there.’

And just like that, in my mind I saw a race to map the world, and a boy who really didn’t want to go.

Of course, just as with Quinn’s journey, things didn’t always go smoothly with the writing process, but with such clear beginnings to work from, I could always find a way to navigate through any problems.

I’m just finishing the manuscript for book three in the series and I found myself writing more slowly towards the end.  That first idea grew into characters that I love.  Characters I’ve been carrying around in my head for several years now.  It’s not easy letting go… but I will ease the pain by moving on to something new.

Fortunately for me, there will always be another head-hurting question to answer.  And another.  And you never know where they might lead.

So, which dwarf from The Hobbit would you invite to a dinner party?