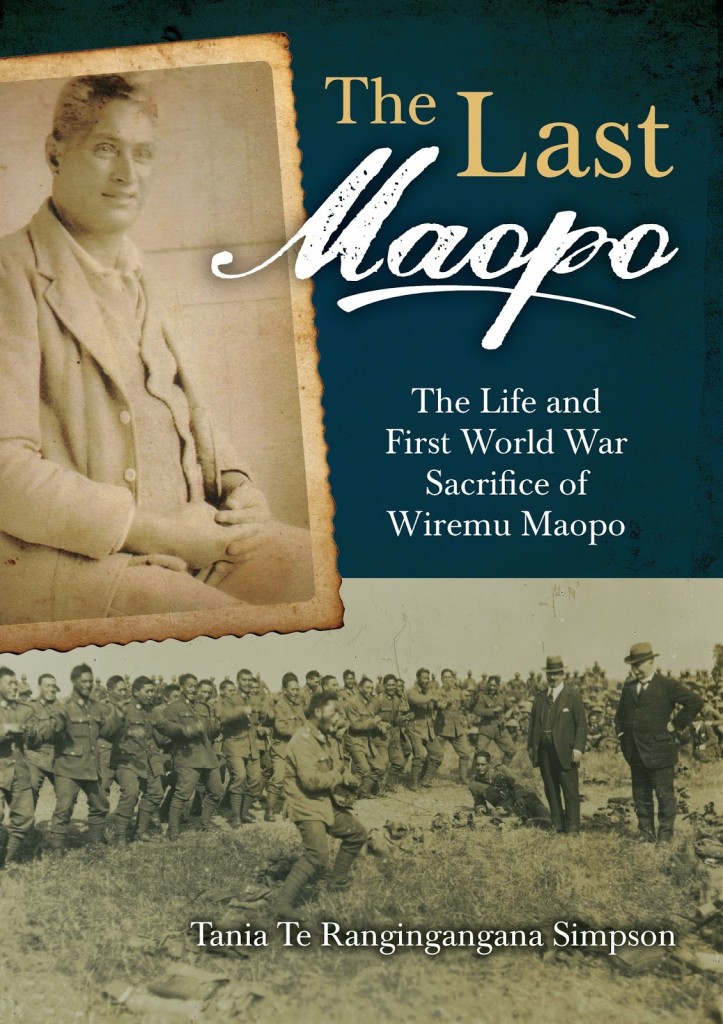 Given that collectively we are remembering the centenary of the outbreak of the First World War, the publication of this carefully researched book that contains the letters and life story of Wiremu Maopo, who served three and half years in the Māori battalion, is apt indeed.  It is a poignant story told in two parts as it were.  There is his story of his incredible patriotism, his personal loss, his whanau and community connections and his strong sense of place and there is his first lover, Phoebe’s story, a story that resonates with the values and the cultural practices of the time.  Phoebe, a pakeha, is pregnant with her first child to Wiremu (who is unaware of this) and, through the cruel interventions of her distraught parents (a cross-cultural birth out of wedlock), Phoebe is sent away to the North Island and later, has her new-born daughter ‘stolen’ by her parents, and forcefully adopted out to another family.  The ripple effect of this event in the context of the experience of war and its impact on the local rural community, the overcoming of being silenced by Phoebe in her search for her child (Wiremu is given to understand that Phoebe is no longer part of his life as Phoebe’s letters to Wiremu after the birth are never passed forward to him and indeed Phoebe is later given to understand that he was killed in the war), and the contemporary necessity of determining and respecting one’s whakapapa, are the central elements of this recount.

The collection of letters from Wiremu to Virgie, a friend on whose parent’s farm he worked, have survived and are here re-presented with narrative links by the researcher in order to bring coherence to complexity.  In these letters we are privileged to walk in the shoes of another human being, a truly humbling experience.  It is not for us to judge, but simply to experience and understand.  What is especially important is we can walk in the shoes of a young Māori lad in the early twentieth century and begin to experientially understand life as actually lived, warts and all.  It is a powerful story of our nation’s ‘coming of age’ where perhaps the disparity of lives lived apart as a consequence of previous conflicts were forcefully brought together and a new respect for cultural difference emerge.  The reality of trench war, random shelling and consequential loss of life, and winter ills can be contrasted with the incredible sense of the local community across vast spaces (with grandmas knitting socks and friends sending food parcels as well as the work of organisations like the YMCA providing cigarettes).  Indeed, for me reading about the local community during wartime coming from Leeston, Southbridge, Little River and Wairewa resonates deeply as these are, in part, my local spaces as I pass some of them each day as I drive to work.  I am now determined to investigate more the landscape and sites on the other side of Te Waihora/ Lake Ellesmere and hopefully visit Taumutu.  We all need to know our place and begin the journey of understanding shared ancestry, stories, whakapapa.  This book has inspired me!  Highly recommended.