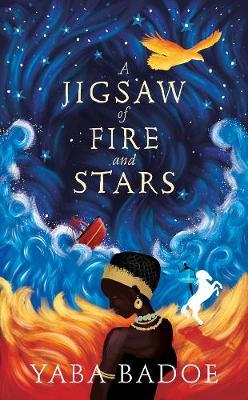 An intriguing cover and atmospheric title invite the reader into this story that promises to take the reader to an exotic and magical locale.

The novel has a distinctive voice and a main character, Sante, who questions authority and tackles life head-on. Populated by circus performers, spirit guides from beyond the grave and treacherous villains, the narrative will leave readers in no doubt that they have entered a different world. Sante’s bird, Priss (a golden eagle) is a sympathetic, intuitive and helpful companion. The adults are labelled “The Old Ones”, setting up a sense of distrust and disconnect between the teenage protagonist and her caregivers.

Sante, as a baby, was the sole survivor of a shipwreck of refugees. At fourteen, she has grown up within the family care of Mama Rose’s circus troupe. The restrictions of this life are now beginning to chafe, and her desire to discover her heritage is awakened by teenage conflict with authority and fed by mysterious strangers who are anything but benevolent.

The narrative is jerky and the language often unfamiliar – this does transport the reader into a different reality, but often feels puzzling. Perhaps this is meant to mirror the migrant experience.

A fast paced, first-person, present tense mode matches the action which rushes from scene to scene with scant character development. Romantic relationships between the teenager characters are changeable, and an implied sexual exploitation of children by the villain feels out-of-place for a 12+ readership.

Teachers’ Notes can be found on the HarperCollins website.