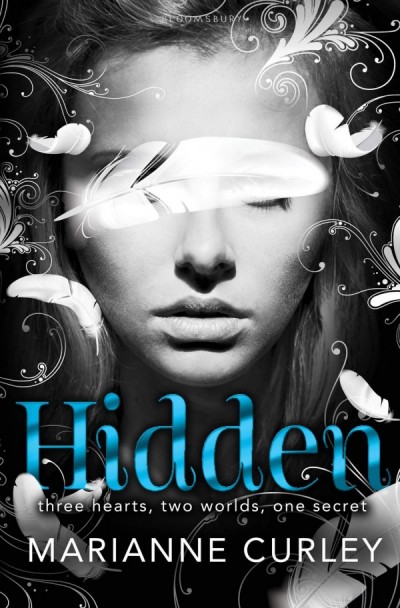 Hidden is the first in a new Avena series of paranormal romances.  Like many teenagers, Ebony feels ‘different, at odds with myself’.  There is good reason for this – she is very different from anyone she knows.  Home schooled and living in an isolated rural valley, she has, at sixteen, only recently begun attending high school.  She soon becomes aware of some of her differences – she is faster, stronger, has better hearing and eyesight than other people and a phenomenal memory.  She also has extraordinary violet eyes, is becoming daily more and more beautiful, and she glows.

Hidden is told from two points of view, that of Ebony, with her prosperous, loving and protective family, and of Jordan, who has been in and out of foster homes, his dad in gaol and his mother dead.  Teetering on the brink, he is just in control at sixteen, with a sympathetic caseworker and a decent place to live.  When they meet there is instant rapport, although not the kind we usually expect.  In spite of his unhappy background, Jordan is perceptive where Ebony seems to be in denial – perhaps she has been so sheltered that she has not developed imagination and is naive, or is she just unwilling to accept that which seems too bewildering.  She is his guardian angel.  She is a stolen angel…‘descended from Avena, an otherworldly realm caught between warring light and dark forces.’

Without Heaven or Hell, God or Satan, the King of Angels and the Dark Prince reign over different realms.  There are Biblical allusions, Prince Luca, the Prince of Darkness, is a fallen angel, the hunter of souls from Earth; the angels who appear to guard Ebony and her allies are Nathaneal, Michael, Urial and Gabriel.  Thane, who looks like a potential romantic interest (angelic) is an admirable heroic figure, and there is a mesmerising horde of demons, mythical creatures, angels and princes.  There is suspense aplenty as the reader seeks out Ebony’s true identity, information is released parsimoniously, keeping the reader bemused and perplexed until the riveting action-packed climax.  And this is just the beginning.  Definitely for fans of the genre.  JS