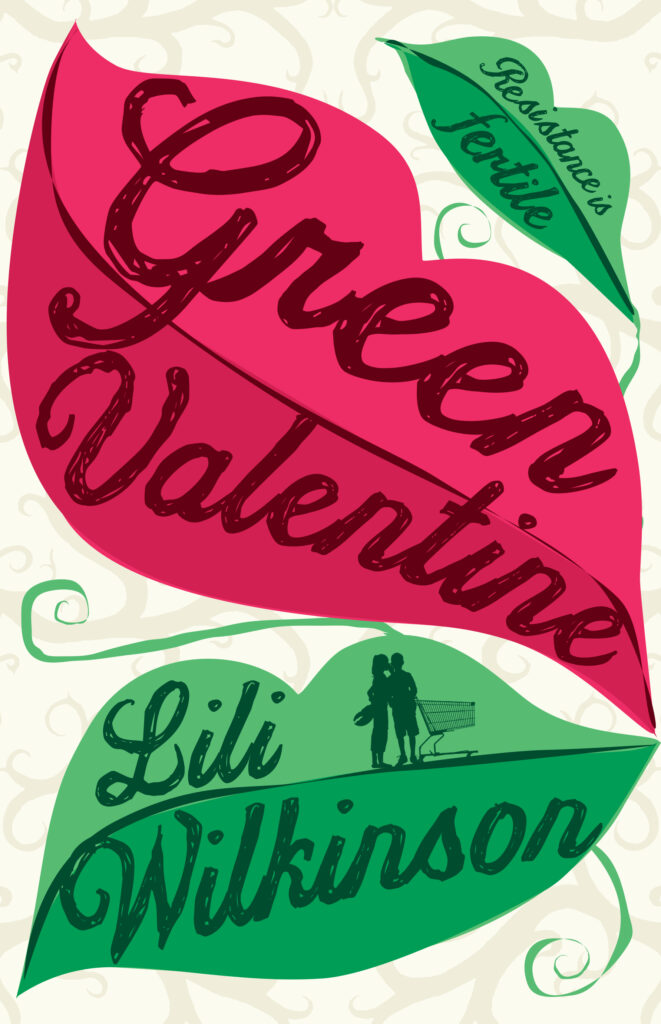 Lili Wilkinson is an Australian YA author, who uses humour and romance in her novels to make them appealing and fun. Her protagonist is usually loud, un-stereotypical, and often breaks rules and crosses boundaries. Her books challenge expectations, and ask teenagers to look at their choices, and be sure they are making them for the best reasons. Her latest book, Green Valentine exhibits three extremely significant characteristics of the best Australian Young Adult novels.

The first one is diversity. Astrid is the main character, and the narrator, and while she is as mainstream as they come – white, middle-class, pretty, and dare I say?, a little bit privileged, her romantic interest, Hiro is half Japanese, half Italian. His character is real. Although he slacks off at school, it’s easy to see he is incredibly bright and loyal. He’s multilingual, for goodness sake, and most importantly, he is very close to his grandmother. What a find!  It is especially refreshing to see the way he challenges Astrid to keep re-assessing her expectations and assumptions. One of Astrid’s closest friends is Dev, a gay Indian boy. While he conforms to some of the stereotypes, mostly his orientation and behaviour are not highlighted or used to make a point. Dev’s role really is to illustrate how self-centred Astrid often is, as she often ignores his love dramas (well, there’s quite a lot of them, to be honest, and totally self-inflicted) because she considers her own projects and protests to be way more important. We also meet a range of adults – both good and flawed, and this reflects a terribly important truth – teenagers have to deal with adults who are both positive role models, as well as those who are negative and nasty.

Secondly, Wilkinson incorporates social justice concerns without sounding preachy or teachy. I noted before that Dev isn’t used to make a point, well, that’s not true. But the message is subtle, (Astrid won’t get married until Dev is allowed to), and only mentioned once, and it’s funny, just like all the other messages – the need to be personally accountable, the importance of sustainable practices, and the need to create and maintain communities where people feel valued – Astrid’s fights are mammoth, but she never lets us see her feel powerless or feel like giving up. She makes us believe people can achieve, just by taking small positive steps. It is inspiring stuff. Wilkinson uses footnotes, mostly when she wants to give more information about an environmental point. The line in the text says, ‘Normally I didn’t approve of air conditioning’, and the footnote goes on to tell us, ‘One kilo of air conditioning emissions has the same greenhouse impact as running a car for six months’. (p. 84) It’s damning information, but there’s no judgement, no call-to-arms, no more.

But the footnotes are also used to show Astrid is irreverent and snarky. And this is the third element – humour. When explaining why she likes Hiro, she claims she ‘… liked him for his brains and heart’, and when we look at the footnote, we see, ‘And, ahem, his face and his body’. (p. 113) And when Astrid is introduced to a new character. ‘This is Revolution.’ The footnote adds, ‘Revolution? Really?’ (p. 177). There are some extremely funny moments between characters, like the scene where drunk Astrid stands up to Strawberry Guy, which turns into an awkward moment, and suddenly it is all very real and uncomfortable. The encounters with the aggressive Storm and her eco-terrorists are hilarious, and every time Dev opens his mouth, he’s witty or sarcastic or plain whiny.

Astrid’s personal growth happens organically (see what I did there?) and in parallel to the guerrilla garden she and Hiro create. The issues are relevant to the target audience, and add in the romance, the humour and the diverse range of characters, and what we have here is a winner. Highly recommended as a charming and inspiring read.

Poo, Spew and Other Gross Things Animals Do!