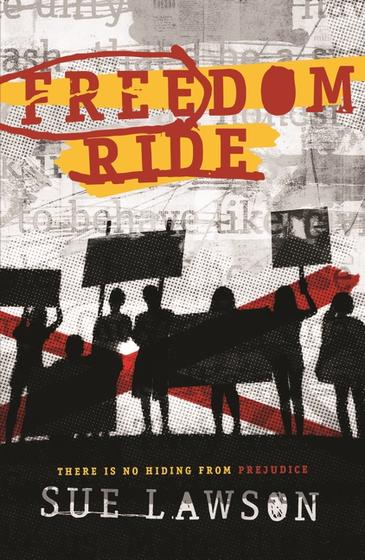 The bus ride through the outback towns of New South Wales in 1965 opened a historic campaign to recognise the rights of Aboriginal people. Led by Charles Perkins and organised by students at Sydney University, the Freedom Ride has here been recaptured through the eyes of Robbie. Robbie lives in Walgaree with his father and grandmother, who bully him and squash any of his own opinions. He finds a holiday job at the local caravan park, where its owner, Barry, and Barry’s mother introduce him to another way of looking at the world – particularly race relations. Robbie discovers the weaknesses in his father, what has happened to his mother, and supports the students who ride the bus in to Walgaree.

Lawson has captured the racism endemic in many of these small towns. There are few who support the anti-racist campaign, the local police are corrupt, local men are hypocritical, using Aboriginal women but refusing to recognise their rights, and after the visit there is little change in attitudes. In real life the struggle continued for many years, and is still a battle to be won. Lawson’s story has a comforting ending for Robbie, but little joy for the protesters.