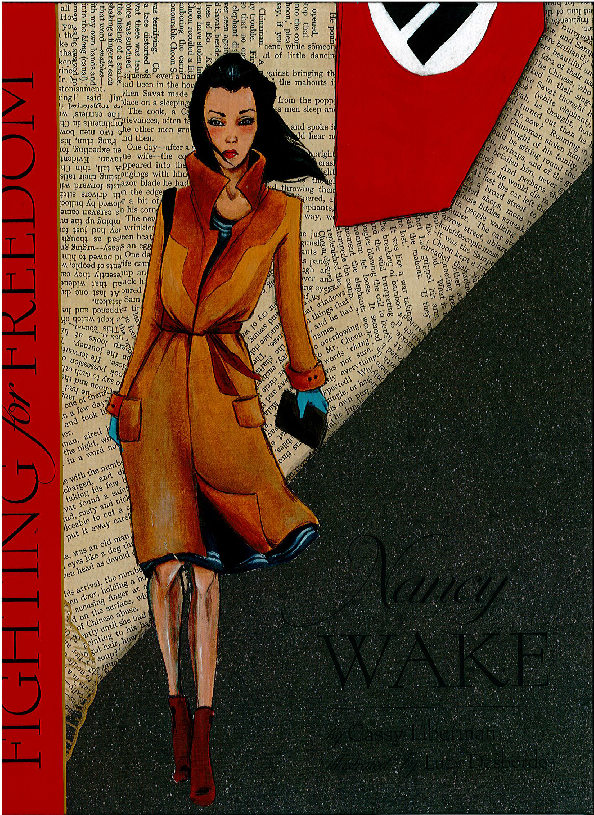 Australia can boast of many heroic women throughout its history right to the present day.  One such woman our nation can be proud of is Nancy Wake, distinguished for her work among the French Resistance fighters in World War II.  Her valued work supporting the Maquis in the most dangerous circumstances earned her many honours and tributes from around the world, but it was almost at the end of her long life, having left Australia to live in London, before she received any real recognition from her home country.

New Zealand born in 1912 and moving to Sydney with her parents as a baby, she escaped a difficult childhood to Britain and then France with the help of a legacy from her aunt. Living and marrying in Paris she became in involved in the dangerous work of assisting the French Resistance during the German occupation of 1940, helping many people to escape from France. She made her own perilous escape to England, only to become part of the British Resistance assisting the Maquis in their fight in the Mountains.  Her daring deeds and her selfless courage and determination gained her a reputation, known to the Germans as The White Mouse.

This is her story, told concisely and effectively by Cassy Liberman for young readers, giving fine emphasis to the exciting life she experienced in France, and well-illustrated in bright style by her friend Lucy Desbordes.  There is a glossary of key terms  but no index which would have been helpful.  This inspirational account of the life of a brave Australian woman could stimulate among its readers, ages 8 to 12 and over, in reading Nancy Wake’s recent autobiography The White Mouse (Pan Macmillan 2011) or her biography by  P. Fitzsimons (Harper Collins 2011).  JDA