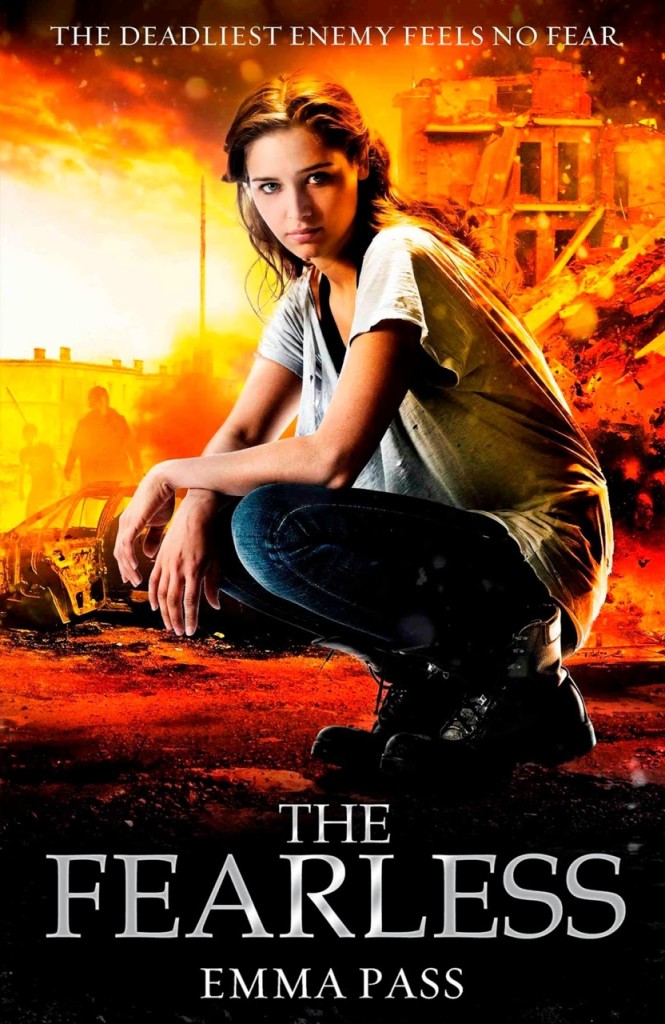 The Fearless centres on a teenage girl in a dystopian future.  Cass is ten years old when the invasion starts.  The world’s soldiers have been given a drug to reduce post-traumatic stress disorder, but side effects include increased aggression, loss of empathy and a total lack of fear.  The soldiers spread throughout Europe and the Middle East, forcing the drug on people, altering them so that they become Fearless too.  Cass and her pregnant mother manage to escape to an island refuge set up by one of their neighbours.  Seven years later, Cass’s brother is snatched by one of the Fearless, and Cass leaves the island for the first time since the invasion to try and get him back.

This is a fast paced, exciting read.  Cass is a likeable, relatable protagonist.  There are things that Cass doesn’t know, hints at secrets which keep the reader engaged and wanting to find out more.  The secondary characters are three dimensional and believable.  This book will appeal to adolescent readers, and due to the violent scenes, would be suitable for upper secondary and public libraries.