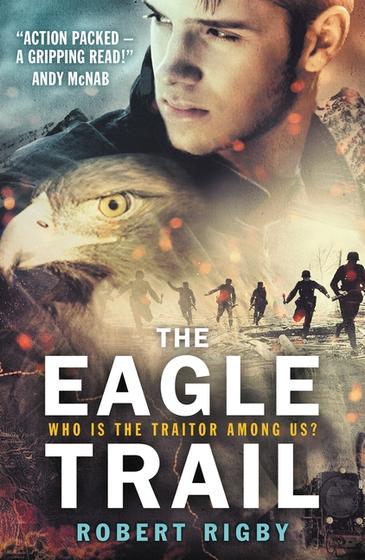 This historical novel explores two fascinating stories.  One takes up the situation in Antwerp, Belgium, in the 1940s when it was under Nazi occupation.  Paul Hansen, son of a senior manager on the waterfront, thought the war wasn’t so bad, until he witnessed his father machine-gunned by German soldiers.  Paul soon finds himself on the perilous escape route through Europe for fugitives of this war in the 1940s.

The novel is well researched, the characters are vivid and real, and sometimes the information we learn is fascinatingly detailed.  For instance, at each hand over point, the smugglers must not know who delivered the escapee, nor to whom the escapee will be given for the next precarious leg of the journey.  Or the irony of the French imprisoning German citizens at the start of the war in encampments, only for the Germans to keep them in those prisons when they occupied France, on the theory that Germans who had migrated to France before the war might in fact sympathise with the French.

The runaway Paul must travel all the way across France to the Pyrenees, and Spain before he can embark for Britain and freedom.  There are, as we might expect, both the treacherous as well as immoral profiteers Paul might fall into the hands of, if his resourcefulness, courage and wits fail him.

Then there is the story of Didier Brunet, from Lavalenet in the South of France, engineering handyman to the factory of Henri Mazet, but also infatuated with the factory owner’s daughter, who might be herself a member of the Resistance.  Didier knows that only fools make their patriotism plain to the Nazis, and he is terrified that he might lose Josette to her wilful attraction to the Resistance.  Can she trust her own father?  Who are the informers in the village?  What will her role be in bringing Paul to safety?  Travelling by barge, racing car, farm truck, train and bicycle under a series of forged identities, Paul must learn quickly how to act in ways that won’t draw suspicion to him.  This is the stuff of narrow escapes, nail biting tension, and opportunities for failure and valour.  To say more would be to give the plot away.  Robert Rigby knows how to bring suspense to a high pitch, how to make his characters live and how to make his historical setting convincing.  It’s a compelling and sophisticated novel.  Highly recommended for readers from 12 to 18 years and beyond.