“I cannot possibly explain how this has happened. By being around for a long time, may not be a sufficient explanation.”

Your Excellency, Lady Cosgrove, members of the Children’s Book Council, ladies and gentlemen.

I want to congratulate those authors and illustrators whose books have won awards today, and to the publishers of those books.

I feel greatly honoured to be chosen to receive this lifetime achievement recognition by the Children’s Book Council of Australia on this the 70th year of the annual awards. I cannot possibly explain how this has happened.    By being around for a long time, may not be a sufficient explanation.  I have been illustrating and writing, one way and another, to help tell stories to people for longer than the Children’s Book Council has been giving annual book awards. Three years before they began in 1946, at the age of seven I completed three watercolour illustrations for  Peter Pan and Wendy. For a mother’s reason these were preserved.  Now, although age-worn and faded, much like their illustrator, they have been reproduced in the book about my work titled Wonderlands that is to be published by the National Library of Australia to mark my 80th birthday in October. 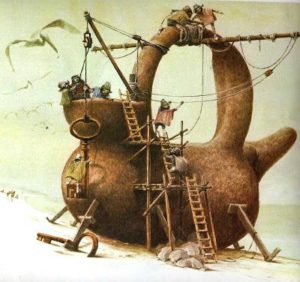 Nearly halfway between then and now three things happened to help me along in my life. My story The Voyage of The Poppykettle was first published by Rigby, South Australia in 1980;  then in 1983 I illustrated Lifetimes- beginnings  and endings with lifetimes in between, at the request of my friend Michael Zifcak of Hill of Content Publishing Melbourne;  and thirdly in 1986  Patricia Wrightson and I together won for the first and only time, so far, the Hans Christian Andersen Medal.

The Poppykettle story is a folktale, or a cocktail of fact and fiction, which has often been out of print despite it being the reason for the annual event over the past 35 years in Geelong called ‘Poppykettle Day’. Every October primary school children assemble in public places to celebrate their imagination with art, dance, drama,music and storytelling of their own creation. 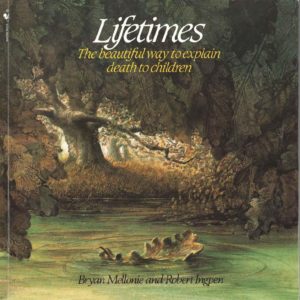 The little book Lifetimes has never been out of print, and is regularly re-published in many countries. Its words and pictures are often used in church services for funerals and memorials. But behind this book lies a curious and sad story not widely known. It seems clear that somebody else, not the stated author Bryan Mellonie wrote is enduring story for children about understanding death. At the time the book was about to appear, publisher Michael Zifcak showed the page proofs of it to Colin Thiele and Michael Page in Adelaide. Both said that they were certain they had read the manuscript years before while judging a literary competition in Adelaide. Mellonie couldn’t have written the text. Zifcak immediately obtained a  signed statement where Mellonie claimed authorship.  The book was then published, but within a few days Bryan Mellonie  tragically took his own life.  The real author whoever he or she is has never been located.

A lifetime is full of stories. I have illustrated the fabled sunken city of Atlantis at very low tide. And drawn a six legged dachshund for an Italian count in Bologna. Translated into words and pictures a conversation between two old teddy bears.  And have hunted our literature for heroic men and women with the late and great Maurice Saxby. And have done it all so far with the support and belief over nearly sixty years of my closest friend and wife Angela.

I sincerely thank the Children’s Book Council of Australia for choosing me for this honour, and allowing me to be here in Sydney today to receive this award from His Excellency Sir Peter Cosgrove, Governor General of Australia. 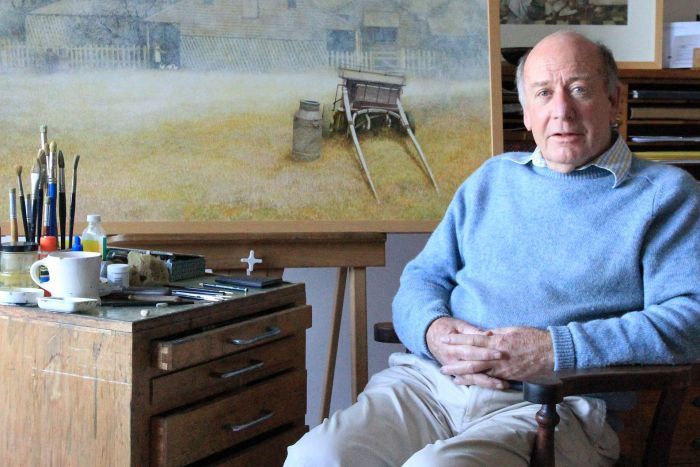