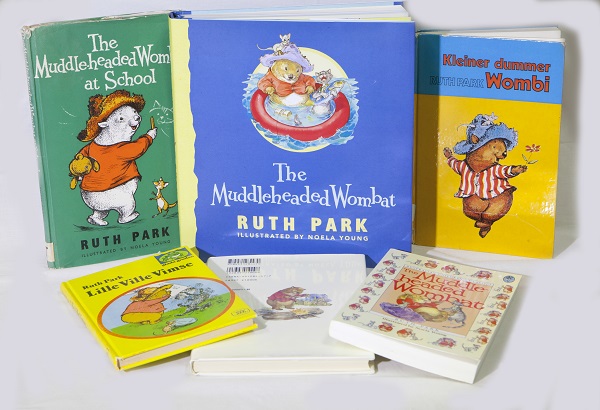 The National Centre for Australian Children’s Literature has set itself the task of collecting all Australian children’s books over time, including reprints, international editions and new editions. Thanks to 38 publishers, including their imprints, who donate all of their children’s books, many doing so since 1981, their post-1981 collection is very strong.

Filling the gaps in the collection of books published prior to 1981 is a huge challenge. However they have two invaluable sources. Canberra’s Lifeline Book Fair is one and their own ‘wish lists’, published on their website, is the other.

Past ‘wish lists’ mean they have near complete collections of the works of some of Australia’s most important children’s authors including Colin Thiele, Patricia Wrightson and Hesba Brinsmead. In 2013 they began a quest to collect the body of work of one of Australia’s most successful, prolific and much loved illustrators, Noela Young, creating a Noela Young Wish List. 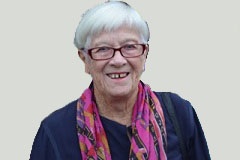 Why Noela Young? Noela Young’s first illustration for a children’s book was Enid Bell’s David and his Australian Friends in 1952 (Ure Smith) for which she shared first prize for The Children’s Book Council of Australia (CBCA) Best Illustrated Book of the Year in 1953.

Since 1953 she has received a further nine awards making her the second highest awardee since the inception of the CBCA Awards. She has illustrated the works of some of Australia’s most respected authors including Patricia Wrightson, Ruth Park and Emily Rodda. Her iconic Muddle Headed Wombat made his appearance in 1963 and continues to delight new audiences. Her books have been translated into Japanese, Swedish, French, Danish, Norwegian and German. In addition, for over 60 years, Noela Young contributed artwork to The School Magazine delivering it herself until recent years when ill health intervened. Her contribution to Australian children’s literature is truly outstanding.

In 2013 the Centre held 140 copies of works illustrated by Noela Young and identified over 200 they did not have. As time has gone on they have found there are titles they did not have on the original list, meaning that the gap they are trying to fill is much larger than they had thought. They are keen too to collect international editions though these are often difficult to find. But slowly and surely they are filling the gap and approximately 30 titles have been added since 2013. Most as a result of people visiting the wish list.

This is perhaps the most challenging of any of their wish lists because of the sheer size of Noela Young’s body of work. Please join the quest and help them meet the challenge. Check the wish list and see if there is a title you could donate. A donation slip with your name will be inserted in the book as a permanent acknowledgement.