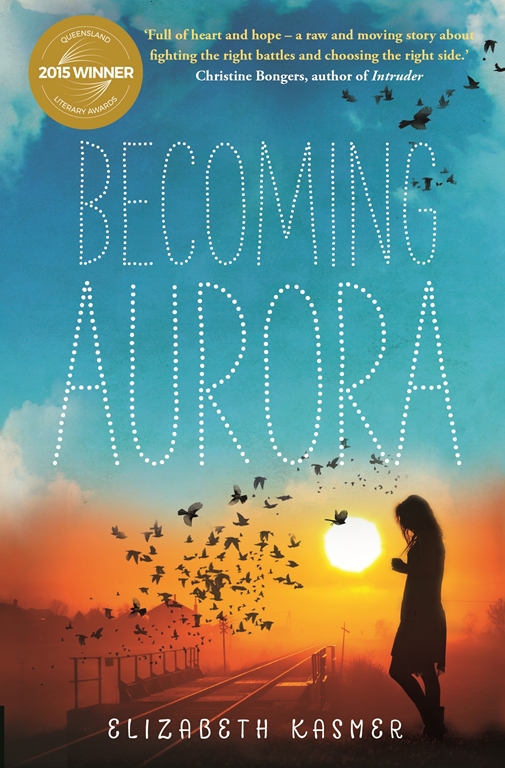 Sixteen-year-old Aurora (Rory) is a troubled young woman. She often looks after her four-year-old brother while her widowed mother works. Rory lives with the guilt of her father’s death four years previous. She is required to perform community service at an aged care facility after taking sole responsibility for vandalising the Curry House with her friends, including childhood friend Cam. The racist slogan painted on the wall is indicative of the attitudes of the group. After the humiliation felt during the court appearance Rory’s attitude appears to change slightly, however this is threatened after an incident, intended as a warning to her and her friends, results in Rory receiving a black eye. Rory is required to read to a resident, Jack Sanford, for at least half an hour each shift. Jack is a retired boxer and does not initially take too kindly to Rory’s presence. Rory decides to learn more about Jack and visits his house, meeting up with her attackers whom Jack has been coaching. An unexpected friendship develops and Rory spends less time with Cam and more with the people she had previously vilified.

Rory is a strong character and although the plot is a little predictable, she creeps into the reader’s heart. The issues portrayed are realistic and the setting easy to visualise. The characters range in cultural backgrounds and ages, and all have their own personal issues to deal with. This could be any Australian suburb with its diverse cultural backgrounds. Kasmer offers teen readers views into lives that I hope might encourage them to learn more about other cultures and older generations.