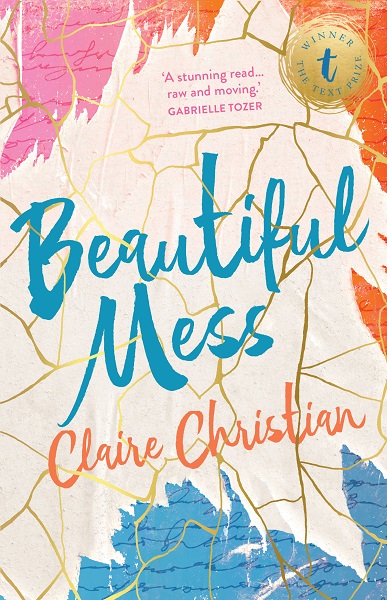 Straight talking Ava is grieving the death of her best friend Kelly. The first chapter, told from Ava’s perspective, shows her dramatic exit from Kelly’s memorial assembly held at their school. This entry into the novel, and Ava’s life, is as straight talking as Ava. Instead of going to the home she shares with her single parent father, she goes to Kelly’s house to see Kelly’s brother, Lincoln. They have started a relationship that threatens to destroy them both. Both are grieving the death of Kelly, as are Kelly’s parents. Previously close to Kelly’s parents, Ava is now not welcome for reasons apparent to the reader but not to Ava. Ava is feisty, sad, and at the same time, naturally funny. The cause of Kelly’s death is eventually disclosed, but not before her mental illness is.

Gideon is a seventeen-year-old poet and loner. This shy introvert, and victim of atrocious bullying at his previous school, meets Ava when he begins working at her workplace. He is experimenting with life without a phone and the Internet, so the only way he and Ava can communicate outside of work is through letter writing. Gideon is dealing with his own mental health issues, slowly revealed throughout the novel. This is the story of Gideon and Ava meeting, at a time when they can both help each other as their relationship develops, and can both heal and grow individually.

Told in the alternating perspectives of Gideon and Ava, this novel explores various types of mental illness. I was hooked after the first scene and needed to know more about this gutsy, funny but incredibly sad young woman. The second chapter, from Gideon’s viewpoint, was vastly different, as the characters themselves are. At first I resented the intrusion of Gideon, but I soon became engrossed in his story as well as Ava’s. As Ava and Gideon get to know each other, the reader gets to know them.

The structure of the narrative is well worked with the alternate viewpoints and their well-timed interception. Each character continues the story as well as showing more about themselves. The characterisation is strong and works wonderfully with the sinuous dialogue. In these darkened lives there are some light and funny moments, cleverly crafted by Claire Christian.

All libraries for young adults should stock at least one copy of this book. There is swearing and sex, and I understand that some school libraries will have policies against this content. It is all in context and realistic, however, and written so well. Highly recommended.