These nicely produced (although strangely anonymous) books, with their rather retro decorative features, cover familiar ground but the ABC, in particular, could be a welcome addition to collections.  Each letter is presented in upper and lower cases, and a variety of creatures depicted.  There is a pleasing variation through the book, with from one to three letters per double page.  In most cases different creatures are shown (one each for X and Y, five for L).  Although the images are pretty static, there is a wide variety of animals to identify. 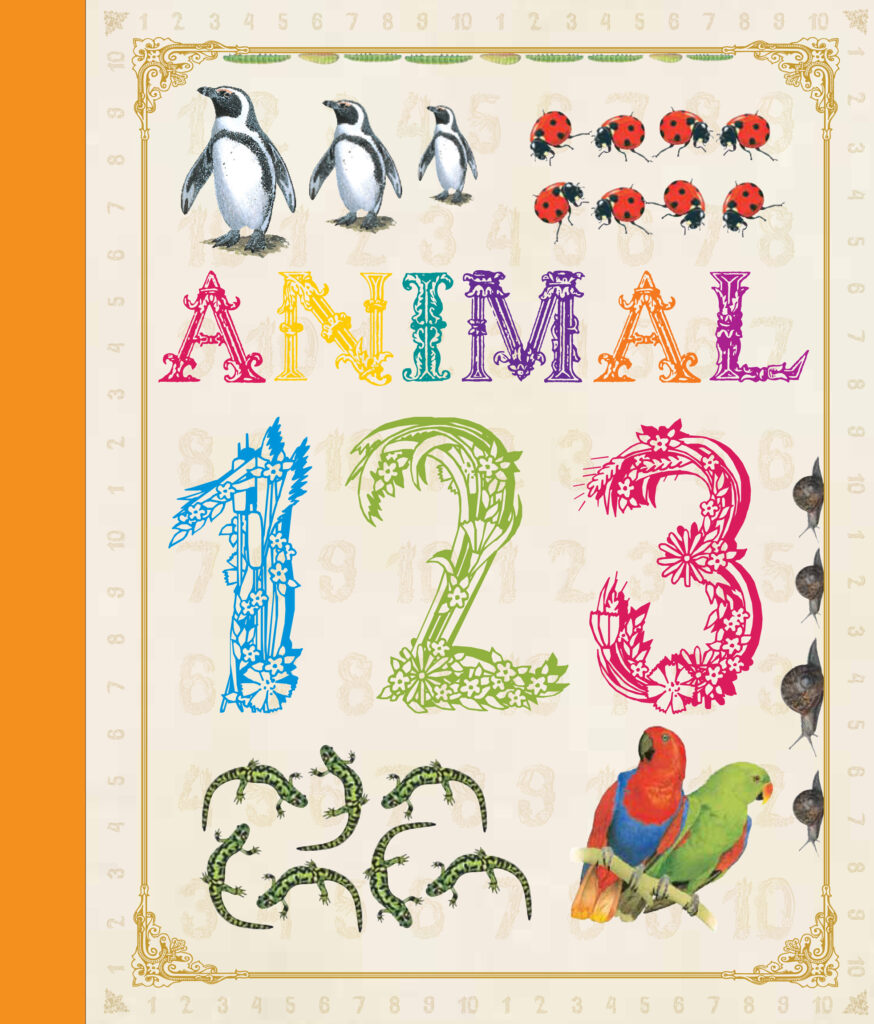 The 123 has a single page per number, runs from one to twenty, and then by tens to 100.  Inevitably the larger numbers of creatures crowd their pages, and whilst some are arranged in such a way to make counting them at least feasible, the pages with 90 identical penguins looks particularly difficult.  It seems to me that the most interesting pages are those that show different species, as in 10 spiders, 15 lizards and 17 beetles; these invite interactions such as ‘Can you find the smallest?’ ‘Which is the scariest?’; whereas the sight of 40 shrimps or 80 ladybirds is just not that engaging.  JG