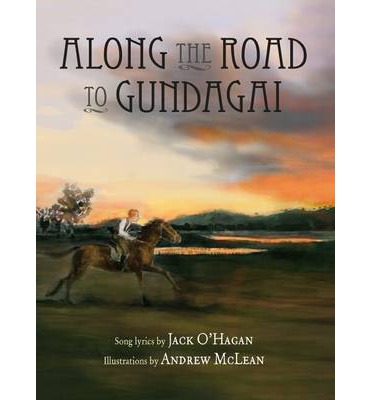 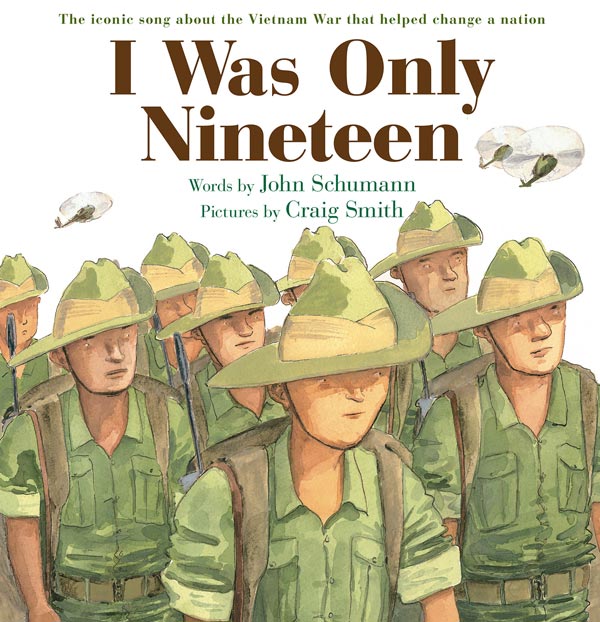 Two books, two stories and two very different songs.  In the first, where we meet a song very familiary to many Australians, the illustrator has been inspired by the words to tell the story of the young men who went to World War I, many of them never to return.  Using many historical sources, McLean created his drawings with charcoal and watercolour on paper and then scanned and coloured them on and iPad using Sketch Club.  The results are pictures from the front, stark, terrifying and sad, interspersed with soft memories around Gundagai that are equally moving.  The song words follow the scenes at home, ending ‘along the road to Gundagai’.

The second book features the iconic song about the Vietnam War that helped change a nation.  The details leading to and the actual creation of the song are in a moving letter from Schumann at the end.  The Vietnam War was not a ‘popular’ one and it took many years (and this song) to encourage people to acknowledge the bravery, deeds and after effects on our returned servce personnel.  Craig Smith has carefully and movingly illustrated before, during and afer conflict scenes that make the reader part of the whole experience.  Also the endpapers are part of the story, beginning with a question that is answered in the following pages and culminating in the final illustration.  Not a soft, fuzzy book but one more than worth reading and remembering.  RT