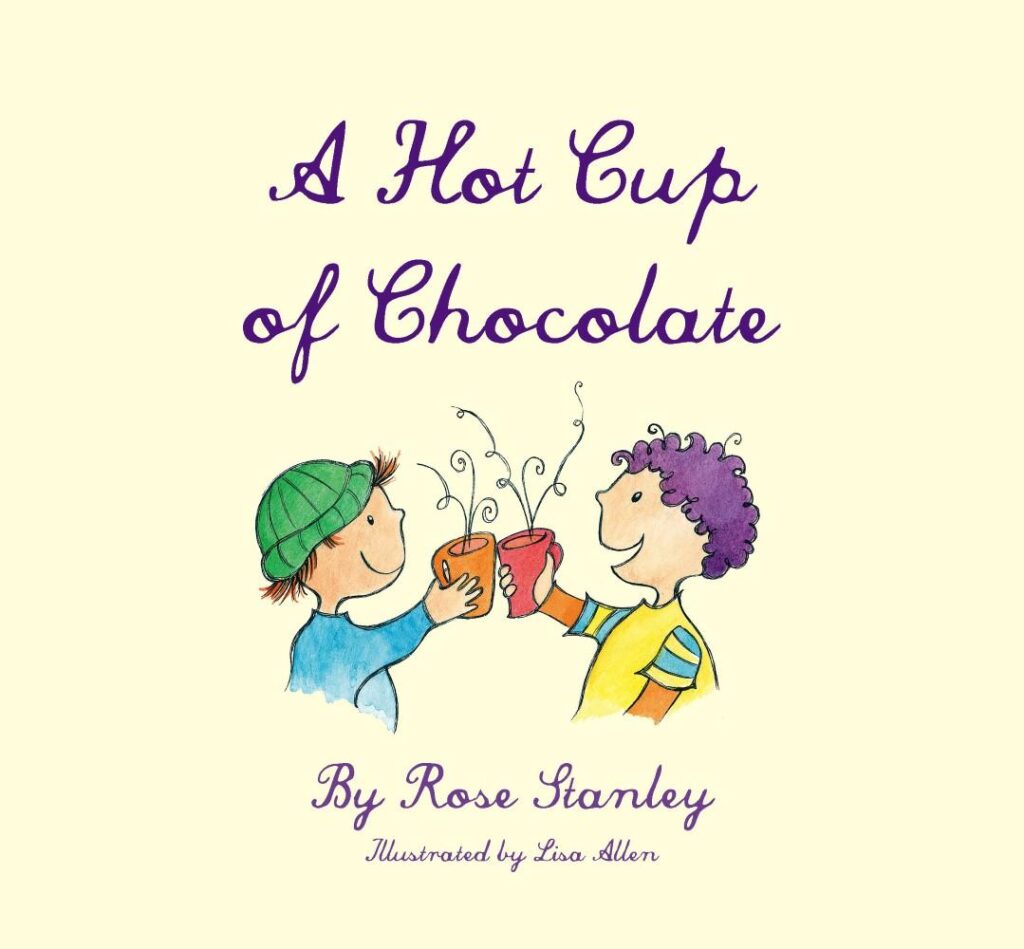 This entertainingly illustrated story for independent readers reveals how simple gestures like offering a friend a cup of hot chocolate can make a difference but sometimes there are difficulties where more than chocolate is needed.

Johan has friend called Henry who does not ever say much about his family.  Then one day at school Henry gets angry and chases and frightens another boy.  After school at Johan’s place Henry has hot chocolate but still seems grumpy and then asks if he can stay over at Johan’s. Somehow Johan’s mother, who was on the phone for a long time, already seems to know to invite Henry for dinner and to stay. Over the next few weeks Henry has some mad and bad days but disappears from class to talk to someone in the school office.

The author and illustrator have worked together to give young readers some insight into strong emotions and show that class mates who can be hard to get on with may be suffering in some way. They also gently indicate that, even though difficulties do not always easily disappear, friends can be tolerant and there are adults at school to talk to about unhappy things.