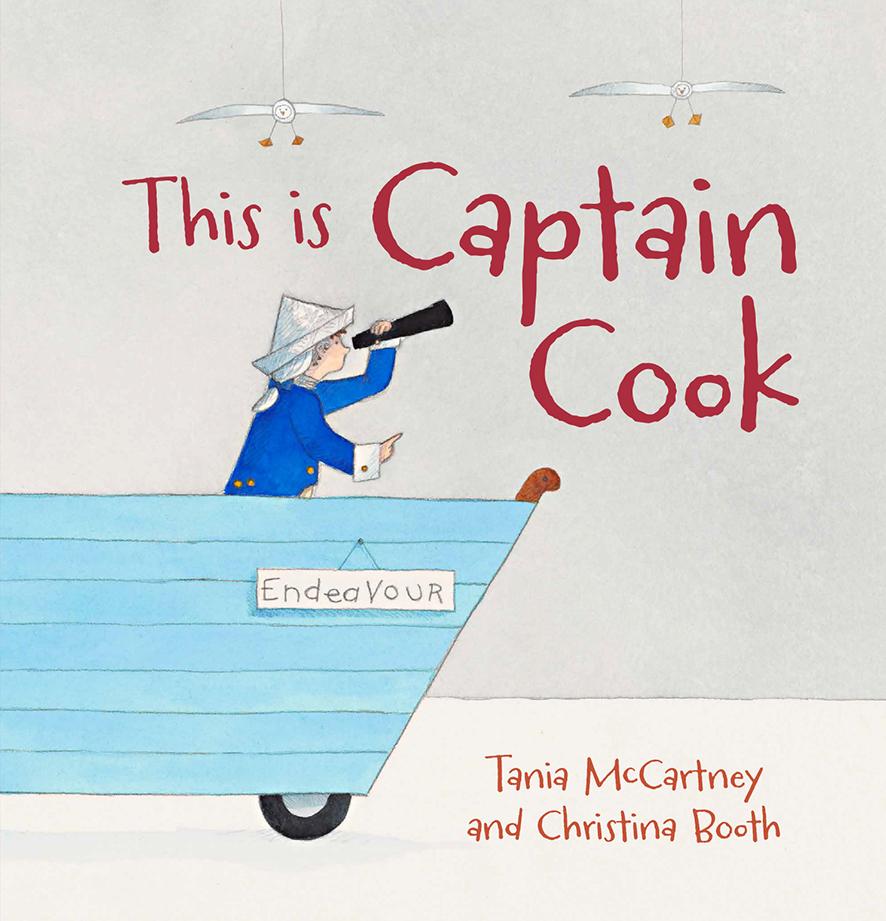 If young children could not see the illustrations and were only able to hear the story text they would hear the tale of Captain James Cook – from his childhood, to his sea voyages and explorations, told in a lively way. There are appealing incidental elements that tell how he liked his shiny buttons and that he was given a Secret Letter instructing him to find the Great South Land.

In this picture book, however, much of the action and fun depicted in the illustrations tells the story of the time when Miss Batt’s class performed the story of Captain Cook for an audience of their families and friends. The young actors appear on stage with ingenious props and costumes to help them create the steps, scene by scene, of Captain Cook’s life and its significant events. Additionally, there is another entertaining story where a pet hen, probably belonging to one of the families in the audience, participates on stage during the performance. Efforts to capture her with a long handled net add humour to the already entertaining visual narration.

On the last pages, documents, maps, and paintings that are connected to Captain Cook and held in the National Library of Australia are seriously illustrated and then fully cited on the final page.

This imaginatively designed way to tell the history of Captain Cook is worth spending time to investigate. It could also encourage teachers to follow the example of Miss Batt’s class, and not to fear inevitable mishaps that might occur in class displays.