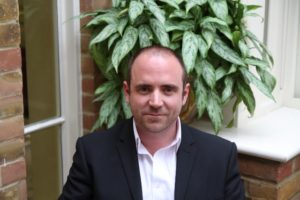 Peter Jay Black’s fifth and final Urban Outlaws book, Shockwave has just been released. He wrote a blog post for us, on “…how I failed English GCSE at school and decided at the age of twenty-nine that I would become a writer. So, that was quite a tough journey – having to teach myself writing from the ground up.” We love the idea that young people might not do well at school, yet can still turn things around, and achieve big dreams. Quite inspirational. Thank you Peter.

AN AUTHOR OR AN ASTRONAUT?

There are a couple of main rules to becoming an author. 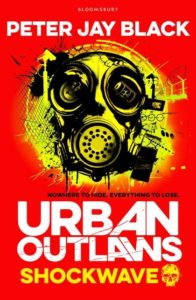 Step One: Read a lot.

I did neither. In fact, I failed my English GSCE.

Nevertheless, I am an author now, so indulge me while I explain how that happened. . .

When I was five years old I came home from school, threw my books to the floor and declared in a clear, loud voice, that I would no longer be doing any work. And, hats off to that child, he stuck to his word.

When neither my parents nor teachers could entice me back, mum and dad decided that my privately funded education was likely going to be a waste of money and they swiftly enrolled me in to a public school. They then quietly hoped that the change of environment would inspire me to be top of the class once again.

Sadly, they were wrong.

Over the following years I did the bare minimum and kept a low profile. I was that kid at the back of the class, listlessly staring out of the window, daydreaming of a more exciting world than the one I currently inhabited.

A favourite daydream of mine was inventing anti-gravity, building a spaceship and flying to the moon and beyond. I guess you could say that I wanted to go from a privately funded education to becoming a privately funded astronaut. Eat your hearts out Richard Branson and Elon Musk!

Now, I would love to regale you with the story of how a teacher noticed me one memorable day; how they saw a latent talent and took me under their wing; how they then mentored me and nurtured any hidden gifts I might have possessed. It never happened. I spent my entire school life at the back of that class, staring out of the window, daydreaming.

As a result of the countless hours imagining other worlds, I have very little memory of my childhood. It’s a problem that still plagues me – I can barely remember yesterday, let alone that far back.

So, fast forward through my teens and in to my twenties where I moved from one job to another, never happy nor satisfied, never fulfilled or knowing what I really wanted to do with my life.

Then, at the grand old age of twenty-nine, stuck in a dead-end job, I had a panic attack. An event that I actually remember quite clearly and one that was so strong that it paralysed me. I’d reached a crisis point. I knew that I had to do something with my life, but what? What skills did I have? What education? None. I had nothing. What could I do? What was I good at? Daydreaming. That was all? Brilliant. Luckily, I then had an epiphany – my brain declared, in that five-year-old’s clear, loud voice, that I shall become. . . an author.

Inspired. Genius. What a clever use of something that I’d never considered a skill up until that moment. The only problem with that idea was that I couldn’t write. In fact, I could barely string a sentence together. Plus, to make matters even worse, I had only ever read three books in my entire life. Three.

So, I had to teach myself writing from the ground up – grammar, structure, everything. And after hundreds of rejections, thousands of moments I thought I might give up, and only when eight, long years had elapsed, had I finally gotten there. I was even lucky enough to land a five-book deal on my debut.

I now write my novels using short, punchy, easy-to-read sentences and that’s because I learned my craft by listening to audiobooks. I hear the words, the flow of sentences, and I try to also hear where they work and where they don’t. My writing style is flawed, it’s far from perfect, but it’s mine.

Action books were a natural start. The Urban Outlaws are a group of five kids who live in a secret bunker hidden deep beneath London and they use hacking and gadgets to take from bad guys and give to good through random acts of kindness. It’s fast. It’s action-packed. And it’s about kids being superheroes.

Of course I wish I could travel back in time, tell that daydreaming boy to wake up and pay attention in school, to read the millions of books the world has to offer, but then that wouldn’t be my journey. I would not be here now – I would’ve become someone else and be somewhere else.

So, to sum up, we all have personal stories and we can all shape them if we want to. My advice to anyone with a dream in mind, whether big or small, is that each day you must make sure you do at least one thing towards that goal. Then who knows – in eight years you could be an author, an astronaut, or anything else you want to be. 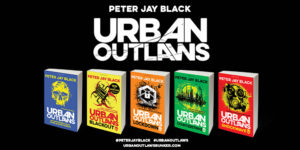