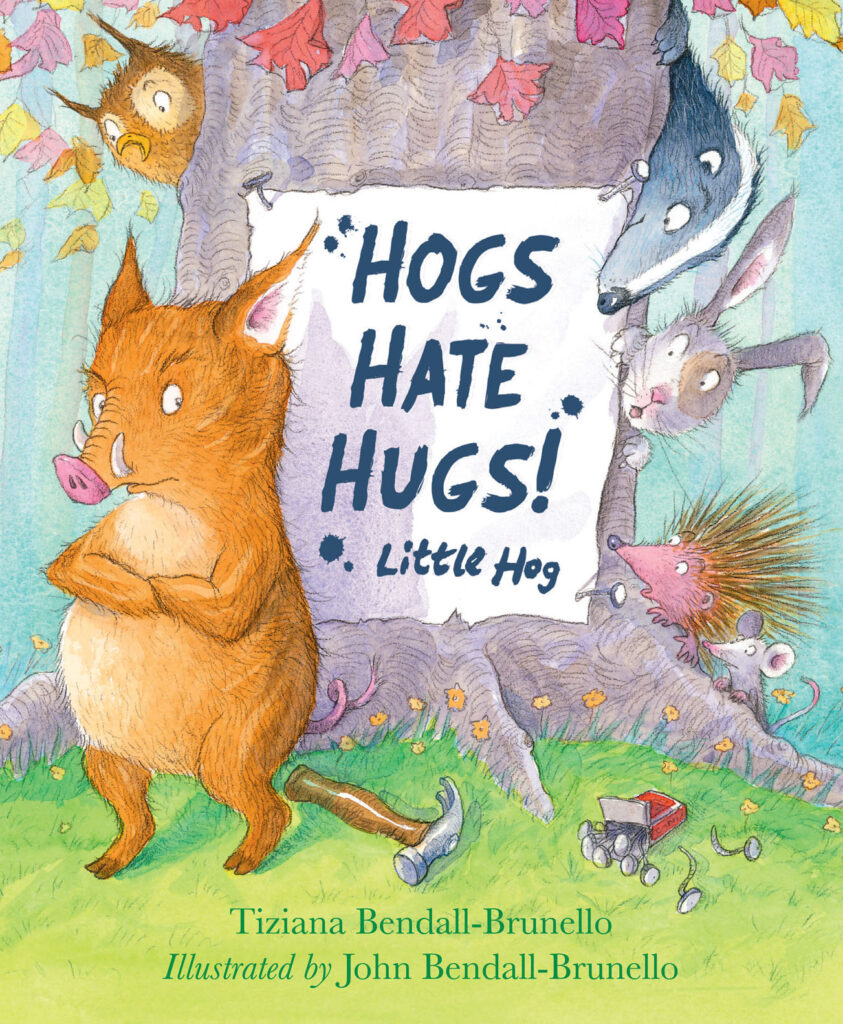 Sometimes adults can be somewhat excessive with hugging and kissing children almost to the point that the child, psychologically-speaking, feels consumed. Little Hog is indeed the cutest and cuddliest hog in the whole forest and everything and everyone wants to hug him. There are small hugs from mouse, a slow hug from turtle, and a hopping hug from rabbit. But little sister’s hug is worst: a running-flying hug that bowls him over! And so, being a productive lad, he designs a poster “Hogs Hate Hugs!”  Does that persuade everyone to change their behaviour? Well, posters may not be sufficient as everyone conspires to persuade Little Hog that there are times we all need hugs. Their ruse works! Aunts and grandmas (let alone siblings), don’t take this picture book too literally. Excessive actions can produce excessive counter-actions!  Now there’s another story to be written. Smile.